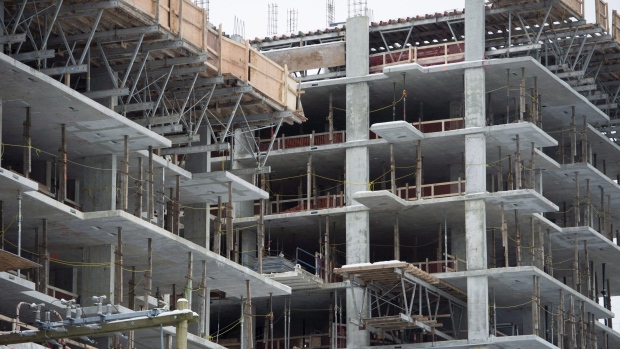 Recent data from Airbnb Canada says the short-term rental company collected almost $43 million in provincial, municipal and regional taxes over the past year, which will be provided to the provincial government, regional districts and the City of Vancouver to fund housing and tourism initiatives.

Housing experts said the tax is a small return for a province where families struggle to find affordable homes.

"The extra amount of tax the hosts are paying and the Airbnb is collecting and passing along, there's no scenario where that tax makes up for the harmful impact of all the short-term rentals on housing availability and affordability in the province," says Prof. David Wachsmuth at McGill University's school of urban planning.

"Even if every cent of it was immediately placed into building affordable housing for B.C. residents that wouldn't begin to address, wouldn't begin to make up for the harmful impacts on the availability of housing short-term rentals are responsible for in the province."

The Finance Ministry estimated last year that an Airbnb tax agreement would generate $16 million, but this year's provincial return is more than double the forecast.

"The PST payment agreement is a new tax application, and as with any new tax application, we were conservative in our revenue projections," Finance Minister Carole James said in a statement. "We're closely watching the data as it comes in, and we're making sure municipalities have the information they need to make decisions about regulating short-term rentals."

Wachsmuth, who co-authored a study last June that found more than 31,000 homes across Canada were rented so frequently on Airbnb that they were likely dropped as long-term rentals, said collecting more tax in B.C. than was forecast should be viewed as a "bad sign."

"What that is saying is that compared to Airbnb's estimates, compared to the province's own estimates, there's been dramatically more short-term rental activity in B.C. than they were expecting," he said.

Brian Clifford, policy manager at the B.C. Non Profit Housing Association, said short-term rentals are just one part of an affordability crisis that escalated after decades of underfunding of housing initiatives.

"We know that (short-term rentals) contributes to affordability problems," he said. "I'd say that there is a lot of focus on Airbnb, but it is not the silver bullet causing the affordability crisis. It is a contributing factor. It's not the sole problem that we have."

Clifford said the society, which represents the non-profit housing sector with more than 600 members, has data highlighting the extent of the affordability crisis across B.C.

In B.C., 43 per cent of renter homes spend more than the recommended affordability benchmark of 30 per cent of gross income on housing and utilities, he said. The national average is 40 per cent.

Clifford said 21 per cent of B.C. renters spend more than half of their income on rent and utilities, while the Canadian average is 18 per cent.

"One in five renters are in a crisis level of spending too much on rent," he said. "It places households at risk of homelessness. If you are spending half of your income, what are you sacrificing?"

Clifford said he doesn't yet have evidence that the B.C. government's housing initiatives have had an impact on people needing housing.

"I want to say it's getting better," he said. "We don't really know as of right now whether it is. All indications show rents are increasing. They are increasing faster than what average people are earning."

Housing Minister Selina Robinson said B.C. is building its way out of a housing crisis that grew over several decades. She said thousands of affordable housing projects are under construction and people will start seeing new units by next year.

"We've been missing purpose-built rentals for decades," said Robinson. "We had an out of control housing market. We really had not enough subsidized housing being built in the last couple of decades."

Robinson said construction of 22,459 units are underway. Of those units, she said 3,281 homes are complete, 6,304 are under construction and 12,874 are in the development and approval process.

"There are people on construction sites, But remember, typically, you have 18 to 48 months depending on where and which community. That's how long it takes."

Wachsmuth said B.C.'s housing plan is leading Canada when it comes to facing the challenges of housing supply and affordability, but more needs to be done.

"Ultimately, the solution has to be governments at the provincial and federal level making much more significant investments in public housing, in subsidized housing and in market housing as well," he said.