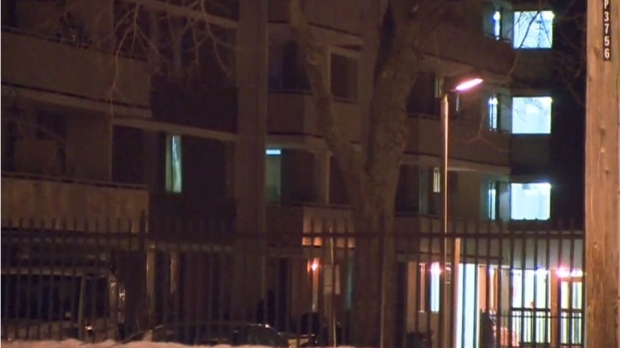 Toronto police and provincial officials are investigating the death of a four-month-old boy who died at an unlicensed home daycare earlier this month.

The baby boy was found without vital signs at an apartment building at 20 Broadoaks Dr., near Keele Street and Finch Avenue West, in north Toronto on Feb. 14.

Police spokesman Const. Victor Kwong said the boy was taken to a hospital, where he was pronounced dead.

The cause of death remains under investigation and police have classified the death as suspicious, which is standard for all deaths of children under five. According to protocol, the investigation is being done in consultation with the homicide squad, Kwong told CP24.

In a written statement, Education Minister Liz Sandals said a “preliminary review” of her ministry’s records found no previous complaints about the informal (unlicensed) home daycare where the boy died.

She said her ministry, which is responsible for child care in Ontario, launched an investigation after it learned of the infant’s death on Feb. 18.

Sandals said the education ministry will co-operate with police and any other authorities that investigate the child’s death.

“My heart goes out to the family and loved ones of the child at this devastating time,” Sandals said in the statement.

The boy is the fourth child to die at an unlicensed daycare centre in the GTA in the last seven months, the Toronto Star reported.

After the deaths of at least two young children at unlicensed child-care centres in the Toronto area, the province introduced legislation last December in an effort to toughen existing rules.

The proposed changes would bring in stricter oversight of unlicensed day cares and allow provincial officials to immediately close child-care centres when child safety is at risk.

Under the current rules, people who run an unlicensed home daycare are allowed to look after no more than five children under 10, in addition to their own children.

Under the proposed changes, operators of unlicensed daycares would for the first time have to count their own children under the age of six towards the five-kid limit.

If it passes, the legislation would increase the penalties for infractions at licensed and unlicensed daycares. The Ministry of Education would be allowed to impose fines of up to $100,000 for each infraction, and the maximum court-ordered penalty would rise dramatically from $2,000 to $250,000.

In a fact sheet on its website, the Ministry of Education tells parents they should be aware that informal caregivers in Ontario are not regulated, meaning they are not licensed or inspected.

“As a result, they are not required to meet provincial standards,” the fact sheet says. “It is up to parents to research, choose and monitor their child care arrangements.”