The 23-year-old man accused of dumping buckets of liquefied feces on people at two Toronto universities will spend another two weeks behind bars before his bail hearing.

Following a court date for the case Tuesday, the suspect’s attorney Jordan Weisz told reportersthat his client will appear at Old City Hall on Dec. 18 for a special bail hearing, likely to take at least three hours.

He said the delay is due to court room availability.

Investigators previously said an unknown man walked into the University of Toronto’s Robarts Library on Nov. 22 and dumped a bucket of “liquefied fecal matter” on two students seated at a table.

Two similar incidents were later reported at the Scott Library at York University’s Keele campus on Nov. 24 and outside a U of T building near College Street and University Avenue a day later. 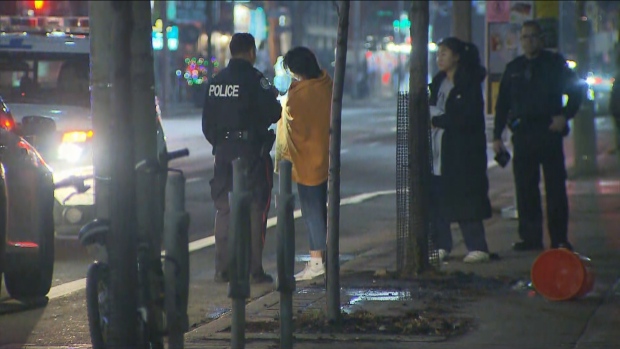 The incidents gripped the city, with students and members of the larger community expressing shock and disgust over the disturbing incidents, including Mayor John Tory, who called the behaviour “inexplicable.”

In an effort to identify the man responsible, investigators released security camera images of a possible suspect.

On Nov. 26, police confirmed that after receiving a number of tips, an arrest had been made in the case.

Police said 23-year-old Toronto resident Samuel Opoku was arrested at around 6 p.m. at a shelter in the area of Queen Street and Spadina Avenue.

Weisz would not comment directly on the allegations against Opoku but strongly suggested he would seek some sort of bail with conditions.

“Jail is not an appropriate place for my client,” he said.

The Crown previously told court they would seek to remand Opoku into custody until his trial.

He then indicated that the nature of the acts his client is accused of, coupled with the fact that none of the victims knew his client, suggests mental health will play a role in the proceedings.

“A person who would do something as terrible as what was alleged to have been done either would have some terrible personal animosity to the victims themselves, but in this case the allegation is the victims are entirely unknown to the suspect,” Weisz said. “So the only other possibility that makes any sense at all to me is that regrettably the person is suffering from a mental illness and regrettably that person isn’t receiving the treatment that he ought to receive.”

He said his client is “definitely fit to stand trial and is aware of everything that’s going on within the court process.”

Police say a suspect who allegedly poured a bucket of feces on two people near the University of Toronto. (Toronto Police Service handout)