Bail hearing for suspect in crash that killed mom and three daughters slated for Aug. 20 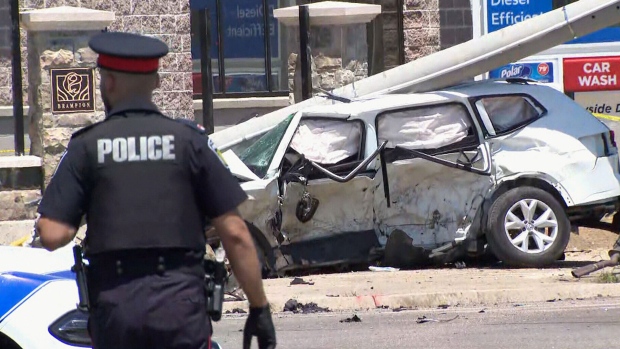 A two-day bail hearing for a 20-year-old man charged in connection with a Brampton crash that left a woman and her three young daughters dead is scheduled to begin next week.

Karolina Ciasullo, 37, and her three daughters – Klara, 6, Lilanna, 3, and Mila, 1 – died after their Volkswagen SUV was struck by a blue Infiniti G35 near Torbram Road and Countryside Drive on the afternoon of June 18.

Police have previously said the vehicle was travelling through the intersection at a high rate of speed when the crash took place.

The driver of the Infiniti, identified by officers as Caledon resident Brady Robertson, was transported from the scene to hospital with serious injuries after the crash. He was taken into custody less than a week later. He now faces four counts of dangerous driving causing death.

During a brief court appearance held via teleconference on Thursday morning, the matter was adjourned for one more week.