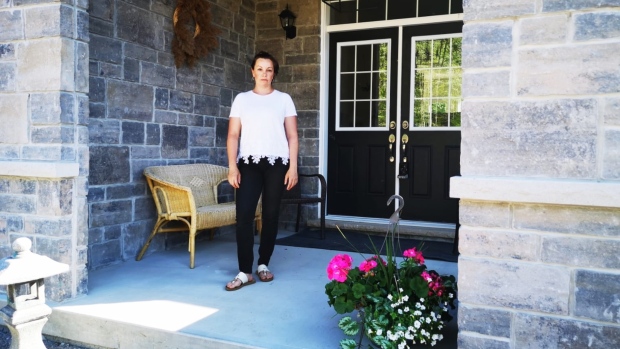 Kristina Barybina said she was forced to sell her home after her income dried up due to the COVID-19 pandemic. (Supplied)

An Ontario real estate agent who lost her income and was forced to sell her home when the COVID-19 pandemic hit says she feels like her bank took the last stab at her when they charged a $30,000 mortgage penalty.

Kristina Barybina said she couldn’t afford the mortgage on her home in East Gwillimbury, about 50 kilometres north of Toronto, when the real estate market slowed down and her income quickly dried up due to the global pandemic.

"I haven't had a single inquiry on a home since the beginning of the pandemic," Barybina told CTV News Toronto on Monday. "That's greatly affected my income."

Barybina, a single mother who lives with her two sons, said she requested a mortgage deferral from TD Bank. It was approved for the month of April but the payments were scheduled to resume again in May.

"I couldn’t support the mortgage anymore," she said.

Barybina said she expected there would be some penalty from TD Bank for getting out of her fixed-rate mortgage early but was in complete shock when she was told it was $30,000.

"I knew about penalties, there was nothing else I could do, but I've never seen an amount like that."

Barybina said she was caught in a Catch-22 situation. If she didn't pay the penalty, she says the bank would have ultimately foreclosed on her home and then charged her the penalty afterwards.

Barybina put the house on the market in March and it sold in April. She moved into a cheaper home north of Barrie, where she is currently living. 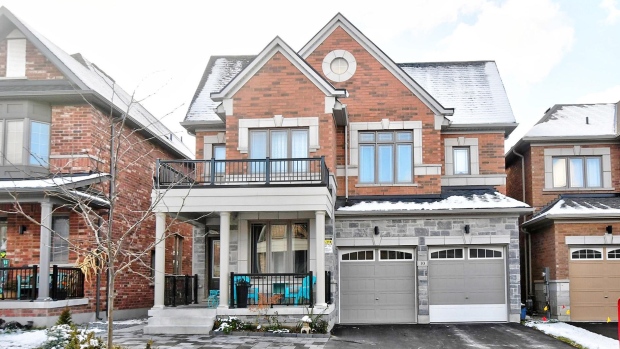 "I never in my life would have planned to get out of this contract if the pandemic didn't happen," she said. "Nobody expects a pandemic to happen and to lose all your income."

"Now all of a sudden I have to sell and they benefit from it."

Barybina said that despite trying to negotiate a lower penalty with TD Bank they declined to reduce it.

"It's so offensive," she said. "All over the news we hear 'We are all in this together' and 'Let's support each other.'"

"They are calling on us to help them but when the reverse happens and I need them, they turn around and say no without any consideration. They haven't reduced the penalty amount by a cent."

Barybina said she hopes by speaking out about her situation something will change.

"The banks are taking advantage of people," she said.

"People right now, if someone is forced to sell, they are already losing money already. The bank is going to take the last stab at you."

In a statement to CTV News Toronto, TD Bank said that when a customer needs to end their mortgage early they will assess each situation on a case-by-case basis and try to provide financial relief.

"No customer situation is the same," TD Bank said on Monday.

"If a customer decides to end their mortgage early, we work with them on a case-by-case basis to discuss their options, including how they might be able to reduce charges, before their mortgage is discharged."

"The customer's situation was given careful review and such considerations were taken into account such as strong knowledge of mortgage agreements as a lawyer and a real estate agent, the fact the house was put on the market to sell it in November 2019, months before COVID-19 surfaced, and the customer did not speak with us about their options until after they sold their home and had discharged the mortgage."

Mortgage expert says it's an issue that's 'flaring up'

James Laird, the co-founder of Ratehub.ca and president of CanWise Financial Mortgage Brokerage, told CTV News Toronto that big mortgage penalties are an issue flaring up right now because of low interest rates.

"It's logical this issue is flaring up right now," Laird said.

He said that when someone backs out of a fixed-rate mortgage, like Barybina, the bank uses two calculations to determine the penalty and charges whichever one costs more.

"The first one is simple," Laird said. "It's three months of interest. That penalty is usually modest."

He said the other penalty, which Barybina had to pay, is called an interest rate differential (IRD). 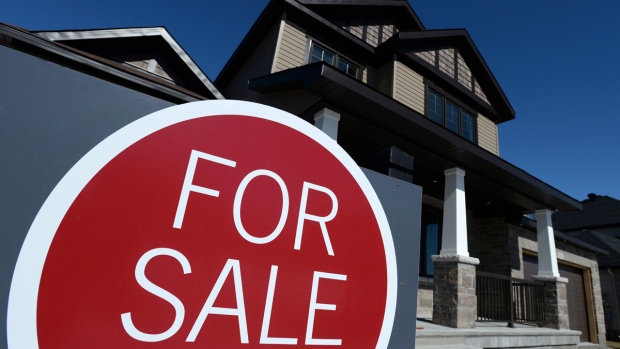 "The over-simplified version of it compares the agreed upon mortgage rate for your existing mortgage to the current market rate for the term you have remaining," Laird said.

"When interest rates are the same or higher there is no IRD, but when they are a lot lower there are big penalties."

When Barybina signed her mortgage, she agreed to a 3.75 per cent interest rate and because the rate her bank now offers has dropped dramatically she must pay the difference.

"It's a big issue now because mortgage rates are near an all time now," Laird said. "It's almost guaranteed that anyone breaking a mortgage will have to pay the IRD."

“Most Canadians are going to be caught off the size of the calculations.”