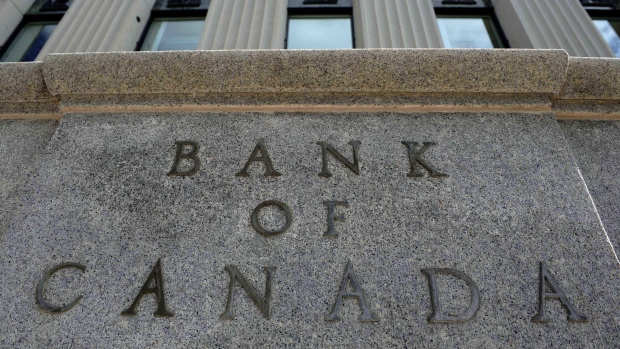 OTTAWA -- The Bank of Canada is highlighting its expanding concerns about climate change and, for the first time, is listing it among the top weak spots for the economy and the financial system.

The central bank's financial system health report Thursday included climate change as an important vulnerability, elevating it to a category alongside its long-running worries about household debt and apprehension about the housing market.

The assessment is part of the Bank of Canada's annual report card that explores key weaknesses and risks surrounding the stability of the financial system.

"Economic activity and the environment are intertwined," said the bank, which, like its international peers, is starting to make climate-change factors part of its financial stability research.

"Most experts agree that the global climate is changing and that this has growing implications for the economy. But the range of possible outcomes is large."

Climate-change risks include the consequences of extreme weather events, such as flooding, hurricanes and severe droughts.

Beyond the physical damage, the bank said the shift to a lower-carbon economy will be complicated and could be costly for some.

The transition will likely lead to complicated structural adjustments for carbon-intensive sectors, such as oil and gas, and could leave insurance companies, banks and asset managers more exposed, the report said. In some cases, the bank said fossil fuel reserves could be left in the ground, which could drain the value of important assets.

The bank said the transformation to a lower-carbon economy also will likely provide a boost to sectors like green technology and alternative energy.

"Both physical and transition risks are likely to have broad impacts on the economy," the report said.

In addition to climate change, the report also underlined the emerging vulnerability of rising corporate debt levels in the non-financial sector -- a growing concern seen in other advanced economies. Some of the borrowing is of lower quality and the situation needs to be monitored closely, the bank said.

Last year, non-financial corporate debt relative to income was at 315 per cent, which the bank said was "well above its historical average."

The bank said vulnerabilities linked to high household debt and the once-hot housing market have "declined modestly but remain significant."

Both have been persistent weak spots in recent years and the improvements are due to a slowdown in credit growth since 2017 that coincided with stricter mortgage-lending policies and past interest-rate hikes.

The share of Canadians falling behind their debt payments remains "low and relatively steady," the bank said. It noted, however, that since 2015 -- after the oil-price slump -- it's seen a "small but steady increase" in the number of households in Alberta and Saskatchewan that have fallen behind by 60 days or more on at least one loan payment.

Housing prices in key markets of Toronto and Vancouver have cooled in recent years, but imbalances in real-estate markets are still an important vulnerability, the bank said.

"While the fundamentals in the housing sector remain solid overall and the sector should return to growth later this year, we continue to monitor these vulnerabilities closely."

Overall, the bank said Canada's financial system is resilient, but the risk has edged up since its last report in June 2018, due in part to factors such as slower economic growth and uncertainty around global trade.

The most-important threats to the financial system are a severe Canada-wide recession, a big house-price correction and a sharp re-pricing of risk in markets, the bank said.