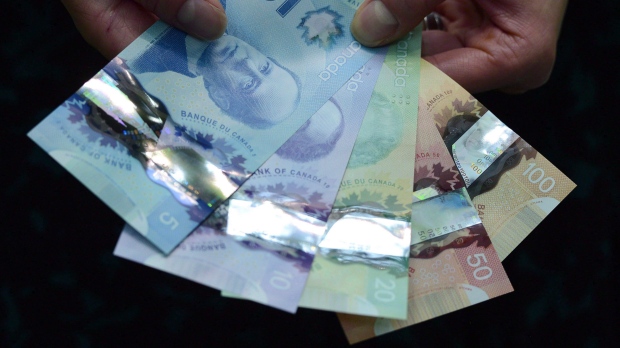 Bank notes are shown during a news conference at the Bank of Canada in Ottawa on April 30, 2013. THE CANADIAN PRESS/Sean Kilpatrick

OTTAWA - Two activists, a poet, an engineer and an athlete are on the short list of five women whose image could appear on the next new series of Canadian bank notes due out in 2018.

The Bank of Canada released the list ahead of an announcement on Dec. 8 when the winner will be chosen.

The short list includes Viola Desmond, who fought racial discrimination in Nova Scotia, Pauline Johnson, a poet who was the daughter of a Mohawk chief and an English woman, and Elsie MacGill, the first woman in Canada to receive a bachelor's degree in electrical engineering and a master's degree in aeronautical engineering.

Also on the list is track and field athlete Bobbie Rosenfeld, who won a silver and gold medal at the 1928 Olympics and went on to become a sports columnist, and Idola Saint-Jean, a feminist and pioneer in the fight for suffrage in Quebec.

The Bank of Canada says the list was selected from 461 eligible nominees submitted by Canadians.

An independent advisory council reduced that to a long list of 12 before further cutting the number to five for consideration by Finance Minister Bill Morneau.