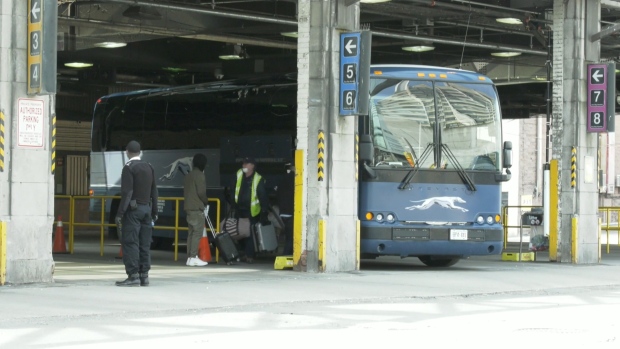 The Toronto Coach Terminal’s days as an inter-city bus hub appear to be over.

The Art Deco building near Bay and Dundas streets has operated as a bus terminal for nearly 90 years and even prior to that there was an open air hub at the same location.

But the building, which is owned by a subsidiary of the TTC, could soon be handed over to the City of Toronto for potential redevelopment.

A report that will go before the Toronto Coach Terminal Inc. (TCTI) board of directors next week reveals that the lease of the property to Greyhound and Coach Canada will expire on July 7, leaving the subsidiary without its sole source of revenue.

The report notes that neither “TTCI or the TTC has any current or future operations plans” for the property once it has been vacated.

The board will therefore be asked to approve a plan to transfer the property to the municipality upon expiry of the release.

TTCI will receive $4.2 million from the city to pay down a loan from the TTC as part of the deal, though the report notes that the valuation of the property “significantly exceeds” that amount.

It is unclear what the city might have planned for the property at this point, though the report says that the building was designated as “underutilized” by the municipality in 2019 and would likely be used to “to address specific needs and building objectives, such as affordable housing, employment uses, and community infrastructure.”

The Toronto Coach Terminal was opened in December 1931 and was initially used to house an inter-city bus service operated by the TTC.

It continued to be owned and operated by the TTC for decades long after the service ceased to exist but in 2012 the commission handed it over to a subsidiary, which began to lease it out to private bus operators.

It then began to fall into disrepair in recent years and just last month Greyhound Canada opted to permanently suspend operations across the country, leaving the building without a main tenant.

Metrolinx has also opened a new bus terminal at Union Station and several providers that previously operated out of the Toronto Coach Terminal have relocated there, including Mega Bus.

The Toronto Coach Terminal was added to the city’s heritage registry in 1987.