Bear captured after chase through residential neighbourhood in Barrie 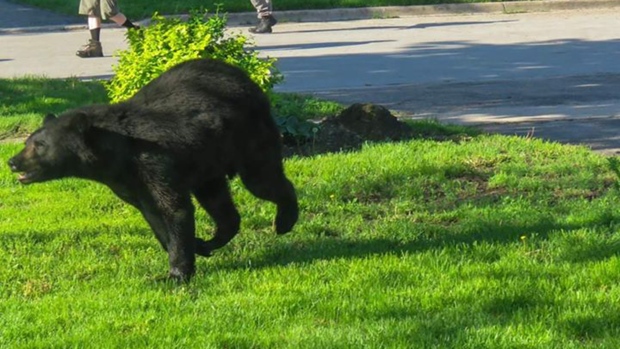 Police urged residents in a Barrie neighbourhood to remain in their homes as they chased black bear that was roaming through backyards in the area on Friday morning.

The bear was first seen in an industrial area near Victoria and John streets early Friday morning but it kept moving and a short time later police said that they had it contained in a residential neighbourhood near Brock and Bradford streets and were awaiting the arrival of Ministry of Natural Resources staff.

But the bear continued to elude armed police and MNR staff carrying tranquilizers.

In their most recent update shortly after 8 a.m. police said that the animal is now in the Debra Crescent Area, which is about 2.5 kilometres away from where it was first seen.

“Please stay in your home if you live in the area,” police warned on Twitter.

Barrie police said the bear was tranquilized by MNR staff at around 9:40 a.m.

By 11 a.m., Ministry of Natural Resources spokesperson Maimoona Dinani told CTV News Barrie that the bear had been taken to open land to be released.

"The bear has been immobilized and will be safely released on Crown land away from the incident." 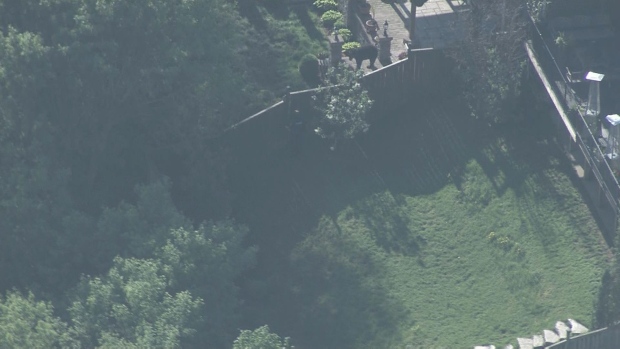 A bear is shown on the loose in a Barrie neighbourhood on Friday morning. (Twitter/@BarriePolice)