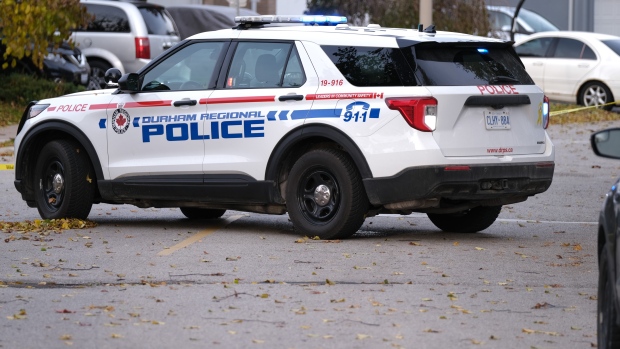 A Durham police cruiser is seen in this undated photo. (CP24/Simon Sheehan)

Durham Regional Police have arrested a man in connection with two sexual assaults and are appealing for other victims to come forward.

In March 2022, police commenced an investigation after a 14-year-old girl came forward with a sexual assault allegation against a suspect.

The sexual assault occurred in early 2021 and the victim met the suspect on a social media platform, according to police. .

During the investigation, a second 14-year-old victim was identified and she provided a statement to police.

On Wednesday, police said they made an arrest in connection with both incidents.

Belleville resident Ahmad Aljasem, 21, has been charged with two counts each of sexual assault and sexual interference.

“The suspect utilized social media sites to meet his victims and used the alias of Michael and claims to be 17-years-old. Investigators want to ensure there are no other victims,” police said in a news release.