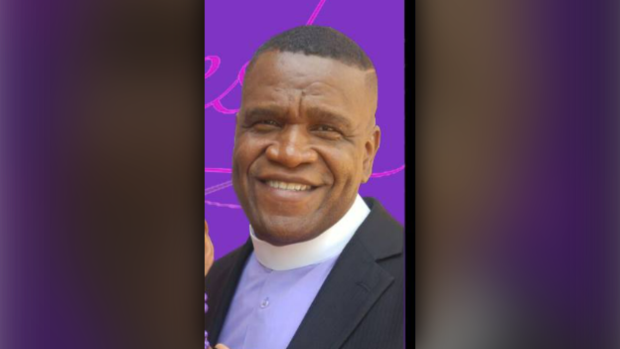 Bishop Clive Walters, seen in this photo, has been charged with sexual assault and sexual interference. (Peel Regional Police)

A bishop has been charged in connection with an alleged sexual assault at a Brampton church.

Peel police said an individual went to a church near Kennedy Road and Clarence Street and was allegedly sexually assaulted.

Police did not release further details about the alleged incident, including when it happened.

As a result of an investigation, police arrested 58-year-old Clive Walters from Dundalk, Ont. He has been charged with sexual assault and sexual interference.

Police have released a photo of Walters as they believe there may be more victims.

Walters is scheduled to appear in court in October.