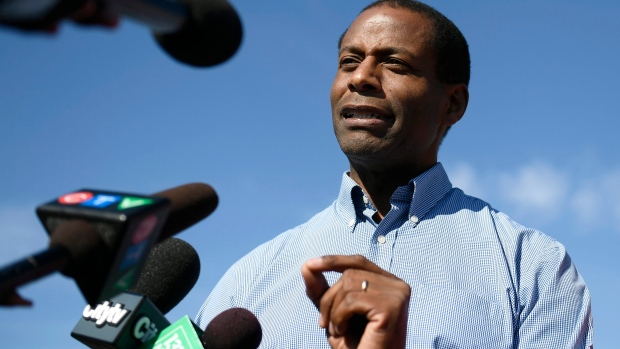 Liberal MP Greg Fergus, and chair of the black caucus in Parliament, speaks to reporters on Thursday, Sept. 19, 2019. A group of Black parliamentarians and their allies are calling on all levels of government to take action to reduce systemic racism in Canada. THE CANADIAN PRESS/Justin Tang

OTTAWA - A group of Black parliamentarians and their allies are calling on all levels of government to take action to reduce systemic racism in Canada.

The request is contained in a statement from the Parliamentary Black Caucus, which was created in 2015 and includes members of Parliament and senators from various political parties.

It follows a wave of protest across North America against racism and police brutality sparked by the killing of a Black man, George Floyd, by white police officers in the U.S. last month.

The Parliamentary Black Caucus says non-Blacks only now realize the scope of racism in Canada, and proposes a series of measures to cut down on what the group calls a "pernicious and widespread phenomenon."

Those measures include improving the collection of race-based data, eliminating barriers to justice for Black Canadians and Indigenous people, and supporting businesses owned and operated by Black Canadians.

The group also wants more effort made to increase Black representation in the public service and investments in Black culture and arts.