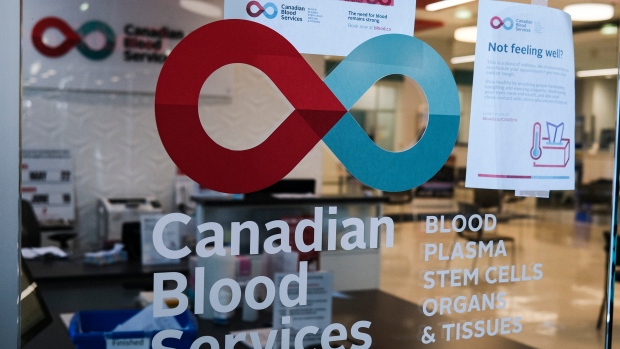 OTTAWA - Canadian Blood Services on Wednesday recommended an end to the ban on sexually active gay men donating blood in a submission to Health Canada.

It submitted a proposal, backed by research, suggesting that donor screening focus on high-risk behaviour, including having multiple sexual partners.

Federal ministers, including the prime minister, have said they want to speed up an end to the gay blood ban, and Health Canada is expected to respond to the blood-service recommendation by the spring.

Jagmeet Singh, the NDP leader, welcomed the proposed change and said that banning gay men from donating blood was “homophobic” and not backed up by science.

Currently, men can only give blood if it has been more than three months since their last sexual contact with a man.

The blood service said its goal is to stop asking men if they have had sex with another man. It wants to ask all donors about their behaviour, regardless of gender or sexual orientation.

Health Canada must authorize the change before it can be implemented. It said, in a statement, that it would aim to review the submission within 90 days, depending on whether it requires more data or information from the blood service.

“Health Canada, as the regulator responsible for overseeing the safety of Canada's blood system, will review the submission to make sure any changes are based on robust scientific evidence and maintain Canada's high standards for safety. The safety of donor blood and plasma recipients remains Health Canada's No. 1 priority,” it said.

All donated blood is screened but that screening is not 100 per cent accurate, which is why potential donors are asked questions to decrease risk of transmission of infected blood.

The blood service has included its own research and evidence from overseas, including the U.K. which has already ended its gay blood ban, in its submission. It says the research and risk modelling shows that the change to screening criteria would pose no additional safety risk to the blood supply.

Canada introduced a lifetime ban for gay men in 1992. In 2013, it allowed blood to be accepted from a man who abstained from sex with another man for at least five years. The waiting period then dropped to one year, and became three months in 2019.

Hema-Quebec, the Quebec blood service, indicated on Wednesday that it too may favour a softening of the rules banning gay men from donating blood.

This report by The Canadian Press was first published Dec. 15, 2021.