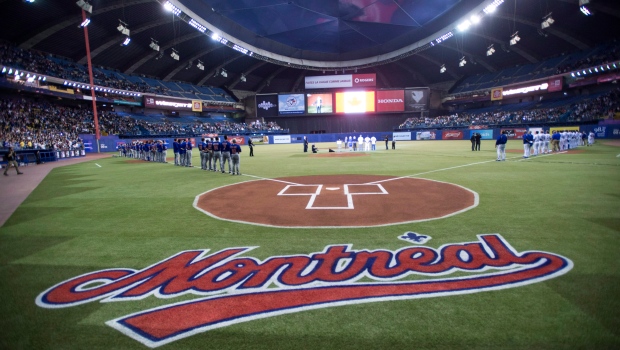 MONTREAL - The Toronto Blue Jays will return to Montreal to play two pre-season games for the seventh consecutive season next year.

The Blue Jays will wrap up their 2020 exhibition schedule with two games against the 2019 American League East champion New York Yankees on March 23 and 24 at Olympic Stadium.

It marks the first visit by the Yankees to Olympic Stadium for the exhibition set. The Yankees are currently facing the Houston Astros in the American League championship series.

A Montreal group is pursuing an opportunity to have the Tampa Bay Rays split their schedule between the two cities.

The Blue Jays' annual visit started well before that plan was hatched.