Blue Monday' getting you down? Exercise may be the cure, say experts 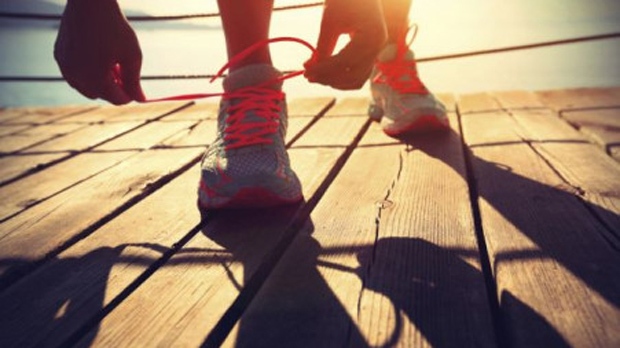 A combination of vitamin D and exercise were associated with a reduced risk of cardiovascular disease suggests new research. (lzf/Istock.com)

This workweek will kick off with what's fabled to be the most depressing day of the year, during one of the darkest eras in recent history.

Experts say Blue Monday may be a little more than a marketing gimmick, but the pseudo-scientific concept speaks to the real struggles weighing on Canadians between the doldrums of winter and the pandemic's second wave.

But the national CEO of the Canadian Mental Health Association says one of the best salves for this contagion-fuelled seasonal slump is as simple as getting up on your own two feet.

There's no evidence to support the notion that the third Monday of January is the glummest date on the calendar, but Eaton said the concept of Blue Monday may especially resonate this year.

In a spring survey of more than 1,800 participants, 84 per cent of Canadians reported that their mental health had worsened since the outbreak hit, according to the Mental Health Commission of Canada.

Eaton suspects that moods haven't improved as the COVID-19 crisis has dragged on, and with the onset of seasonal affective disorder, she said many Canadians are contending with a potent confluence of psychological stressors.

The weather is getting colder. The holidays are over, and bills are coming due. Many jurisdictions are tightening restrictions to curb soaring COVID-19 case counts. It's been nearly a year since people have been able to safely socialize with their friends.

And forget about those New Year's resolutions to go to the gym. That's not even an option in many parts of the country.

Some people are also indulging in "temporary fixes" such as food and alcohol to distract themselves from the dolor of the pandemic, Eaton said, rather than engaging in diversions that have been proven to lift people's spirits.

"Canadians are not turning to physical activity to help with their mental health," said Leigh Vanderloo, an exercise scientist with non-profit Participaction. "There seems to be a disconnect. We know it helps, but we don't necessarily do it."

According data collected by Participaction, Canadians are more likely to cope with the anxieties of life under lockdown through sedentary activities, such as increased screen time, rather than by getting active.

But research suggests that all it takes is a single bout of physical activity to release neurochemicals that lift one's mood, Vanderloo said.

You don't have to commit to an intense training routine or invest in expensive equipment to see the benefits of exercise, she said. The key is to find an activity you enjoy, whether that's a stroll outdoors or a brief dance break.

Vanderloo said it's also important to spend a few minutes moving for every hour you spend sitting. She encouraged desk dwellers to find ways to sneak in steps during the workday, such as pacing while on phone calls.

The key is consistency, said Vanderloo, and in such uncertain times, an exercise routine can offer some much-needed structure.

"It might take a little bit of trial and error. But there's certainly an activity out there for everyone."