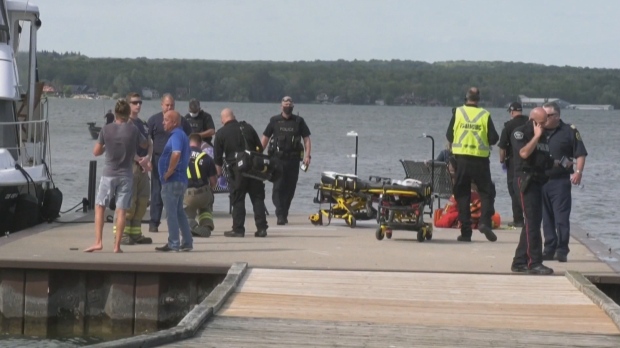 INNISFIL, Ont. - The South Simcoe Police Service says the body of a missing boater has been recovered from Kempenfelt Bay in Innisfil, Ont.

The deceased has been identified as 21-year-old Kenean Teklemariam of Toronto.

Police say she had been aboard a boat with some friends on Thursday afternoon when she fell in the water.

Police say the body was located Friday around 9 p.m.

They say a post mortem will be conducted and that an investigation into the cause of the incident is continuing.