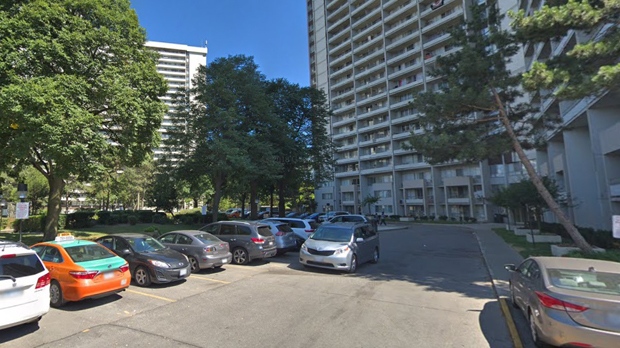 43 Thorncliffe Park Drive is shown in a Google Streetview image.

Toronto police say an eight-year-old boy was bitten twice by a coyote while riding his bike in the city’s Thorncliffe Park last week.

On June 19 at about 6 p.m., the boy was riding his bike outside 43 Thorncliffe Park Drive when he was attacked by a coyote that bit him on his elbow and his leg, investigators said.

Witnesses said the animal appeared to be salivating and foaming at the mouth, so the boy was treated with a rabies vaccine as a precaution.

Officials said the boy did not show any symptoms of rabies infection.

Police say that if any person or pet is being attacked by a wild animal they should call 911 right away.

Any wildlife behaving strangely can be reported to the Ministry of Natural Resources at 1-888-574-6656.

Toronto Public Health says that if anyone is bitten or even scratched by a coyote, they should wash the bite with soap for 15 minutes, apply an antiseptic to the wound and then call their doctor.