Boy has serious injuries after struck by vehicle in Toronto 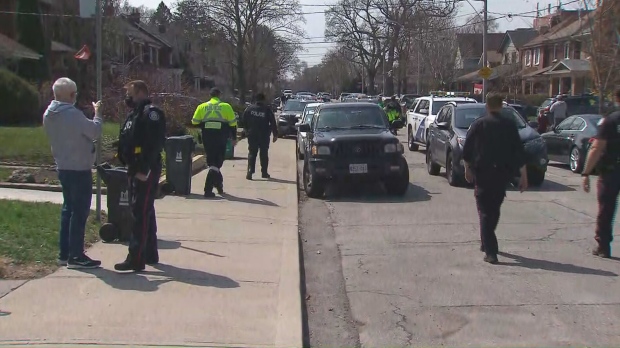 A boy is in serious condition after being struck by a vehicle in the city's east end on Tuesday afternoon.

A boy has serious injuries after he was hit by a vehicle in the city’s east end on Tuesday afternoon.

Shortly after 2 p.m., police responded to reports of a collision at Southwood Drive and Glen Stewart Avenue.

A seven-year-old boy was hit by a vehicle and became trapped under it, police said.

The boy was removed from under the vehicle and taken to hospital in serious, non-life threatening condition, according to police.

The vehicle remained on scene.

Roads in the area were closed for an investigation but have since reopened.