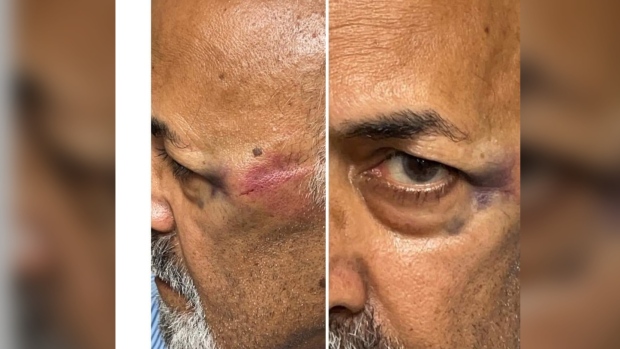 Brampton election candidate Raman Vasudev got a black eye and scrapes near his temples in an alleged “unprovoked attack” on Tuesday.

A municipal election candidate in Brampton is shaken, but undeterred, after falling victim to what he called a “random attack” just steps from his home earlier this week.

Raman Vasudev, who is one of five candidates running for regional candidate in wards 3 and 4, said that he went to get the mail at about 5:30 a.m. at a nearby community mailbox when he was approached by two men in hoodies.

“I tried to open the mailbox and hey started coming close to me. I said ‘what are you doing here?,’” he told CTV News.

“The moment I asked them they start hitting me.”

Vasudev said he then ran back to his home to get his son, but the assailants fled.

The attack left the 66-year-old grandfather with a black eye and scrapes at his temple. He’s now recuperating at home after spending a day at the hospital.

Peel police confirmed they received a call at 6:42 p.m. on Tuesday for the assault.

“Officers attended and took the report,” a spokesperson said in an email to CP24.com.

“No further information at this time. This is an ongoing investigation.” 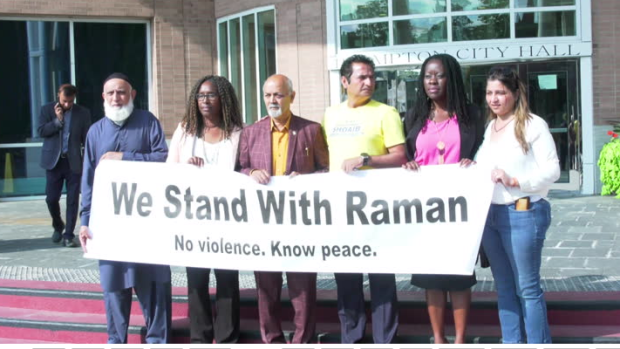 The incident prompted a show of political solidarity for Vasudev, who is a local businessman. A number of candidates, including one who running directly against him, gathered outside Brampton City Hall Wednesday for a “We stand with Raman” event. Brampton Mayor Patrick Brown was also in attendance.

“Being here shows that we will stand shoulder to shoulder regardless of where you're running,” said Andria Barrett, Vasudev’s direct opponent.

Cindy-Ann Williams, a candidate for Brampton’s wards 7 and 8, said there’s no place for violence in the community.

Vasudev said despite the attack he won’t be withdrawing his name from the race, especially after all of the support he’s received.

“It really encourages you and (I) feel more confident that yes we can do it, and I will do it,” he said.

Brampton election candidates gathered yesterday morning outside Brampton City Hall to show support for fellow candidate Raman Vasudev, who was allegedly assaulted in a "random attack" outside his home on Tuesday.