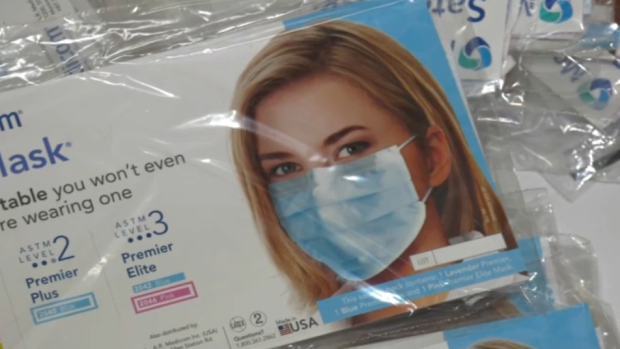 The shutdown of a large Alberta meat packing plant on Monday related to an outbreak of the illness, with the possibility of another to follow, was coupled with the revelation that two Canadian aircraft travelled to China to pick up medical supplies but returned empty.

Prime Minister Justin Trudeau said beef exports would be curtailed so as to meet Canadian food demands after production at an Alberta meat-packing plant operated by Cargill ceased Monday. The plant has seen an outbreak linked to 484 cases of the illness, including one death.

“We've heard from Canadian beef producers and associations that the priority will be ensuring Canadian supply before they move to exporting,” the prime minister said Tuesday during his daily briefing outside his Ottawa residence. “We are not, at this point, anticipating shortages of beef, but prices might go up.”

And a day after some initial confusion, Trudeau confirmed Tuesday that two Canadian planes left China on Monday without the protective medical equipment that they had been sent to pick up.

One of the planes was a federal charter and the other was destined for a particular province, Trudeau said Tuesday.

Trudeau said there are limits to how long an aircraft is permitted to park on the ground in China.

“Supply lines and truck shipments to the airports are difficult and interrupted by checkpoints and quarantine measures. For the most part, we've been able to navigate through those and ensure that Canada has received the equipment that it needs,” he explained.

“But these two airplanes were forced to take off empty.”

MP Matt Jeneroux, the Conservative health critic, was critical of the government.

“I was shocked to hear that government planes that had been sent to China to pick up equipment returned empty,” he said.

“Canadians' lives and livelihoods literally depend on the government getting their response to the pandemic right, and that includes getting critical supplies.”

Trudeau said millions of pieces of personal protective equipment, or PPE, have entered Canada in recent days, and more gear is expected.

Also, Trudeau said, Canadian factories continue to “tool up” so they can manufacture what is needed at home.

“It's always a challenge to get the PPE into Canada at a time where the global market is very, very competitive,” he said.

A mixed picture in the fight to reduce the spread of the illness across the country fuelled talk about when a return to something closer to normal life might be at hand. Only one new COVID-19 case was reported in Maritimes, and Ontario experienced its lowest growth rate in weeks. Its 551 new cases reported Tuesday add 4.9 per cent to the provincial total, which reached 11,735.

Dr. Theresa Tam, Canada's chief public health officer, said that while she and her provincial counterparts were looking at ways to relax the distancing measures that have closed numerous workplaces and gathering spots and locked up large parts of the economy, the pandemic fight remains a “marathon.”

Tam said individual sectors should start looking at innovative ways to reopen and still prevent the spread of the virus. But she cautioned that immunity against the virus that causes COVID-19 across Canada is not high.

“The new normal must take into account us stopping the spread of the virus,” said Tam. “For sure, crowded conditions, mass gatherings, it's not in any of our near futures.”

Charities have seen a severe drop in donations since the COVID-19 pandemic broke out, with donors hurting financially and the charities unable to hold fundraising events.

Seniors and people who are poor, homeless or living with disabilities are among those who've been particularly hard hit by the health, social and economic ravages of the deadly virus as Canadians abide by orders to distance from one another and non-essential businesses are shut down.

The new measures announced Tuesday were in addition to previous measures to provide financial support to the homeless, women's shelters, children's counselling and local organizations that provide practical support to seniors, such as delivering groceries or medication.

The Canada Revenue Agency is setting up a calculator so employers can see how much they can expect to receive from the wage subsidy program, which will provide up to $847 per employee per week, he said.

Among other things, the government is expected to provide details to businesses on how to apply for the subsidy.

Officials told the Commons finance committee last week that online applications are to open April 27. They expect to have processed 90 per cent of claims by May 4, with payments starting to roll out later that week.

The subsidy is retroactive to March 15 and available to companies that lost 15 per cent of their revenue in March or 30 per cent in April or May. The federal government will pay eligible companies 75 per cent of the first $58,700 earned by each employee, up to $847 per week for up to 12 weeks.

The government is hoping the wage subsidy will prompt companies to rehire many of the millions of Canadian workers who have asked for emergency federal aid since the pandemic brought the global economy to a virtual standstill.

This report by The Canadian Press was first published April 21, 2020.