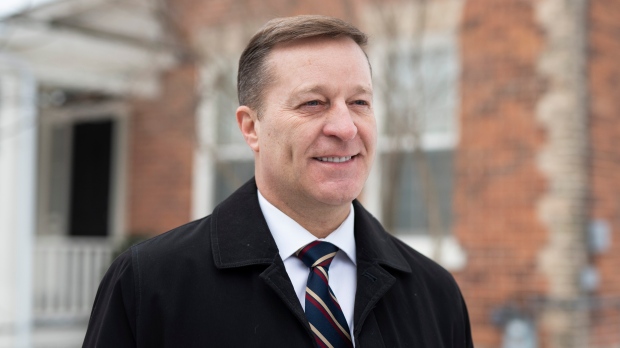 Bryan Brulotte, who is entering the leadership race for the Conservative Party of Canada, is shown in Ottawa, on Sunday, Jan. 5, 2020. THE CANADIAN PRESS/Justin Tang

OTTAWA - A long-time conservative businessman officially kick starts a run for leadership of the federal Conservative party on Monday.

Bryan Brulotte is rolling out ads, a social media campaign and an extensive policy document hoping to get early momentum in the race.

Brulotte grew up in Quebec, and spent years both working and volunteering for conservatives.

He's also a military veteran -- including a stint as the Governor General's top aide -- and the head of a multi-million dollar staffing firm.

Brulotte says he's been in service and in leadership positions his whole life, and that, plus his vision for the country, is what compels him to try and win the party's top job.

Tories will elect a new leader on June 27, but the rules around the contest, including spending limits and entry fees, have yet to be announced.

This report by The Canadian Press was first published Jan. 5, 2020.