Burlington man charged with first-degree murder in shooting of wife 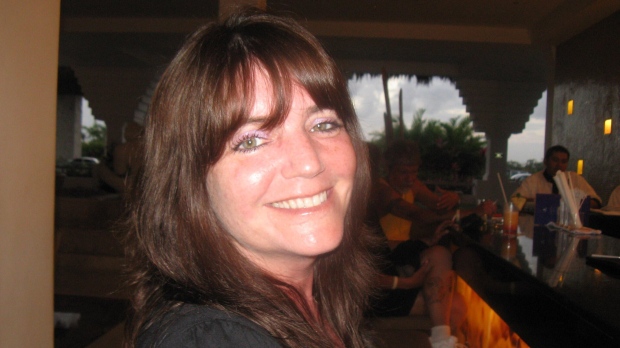 Laura Grant is shown in this photo posted to Twitter by her union. Grant was fatally shot at her Burlington home on Wednesday. (@OPSEUAmbDiv)

Police have charged a Burlington man with first-degree murder in the slaying of his wife.

Emergency crews were called to a residence on 2 Side Road, between Cedar Springs Road and Guelph Line, at around 3 p.m. on Wednesday for a report of a shooting.

Once on scene, they found 57-year-old Laura Grant deceased.

Her husband, 57-year-old Kenneth Soederhuysen, was taken into custody a short time later. He is now facing a charge of first-degree murder.

According to the Ontario Public Service Employees Unit, Grant worked at the Mississauga Ambulance Communications Centre as a dispatcher.

“Laura Grant was a caring, passionate individual and respected Mississauga Ambulance Communications Officer,” the union said in a statement posted to Twitter. “Her death has shocked our dispatch community and paramedic services. The loss will be deeply felt for some time.”

Police say that Grant and Soederhuysen both lived at the home where the shooting took place.

In a message posted to Twitter on Thursday, Brulington Mayor Marianne Meed Ward said that the incident is “horrifying.”

She said that the flags at Burlington City Hall will be lowered in recognition of Grant’s service to the community.

“My deepest condolences to everyone who knew and loved Laura Grant,” she said.

Police are shown at the scene of a homicide investigation on 2 Side Road in Burlington. (David Ritchie)