Bystanders rush to aid of dog dragged by vehicle in Mississauga: Police 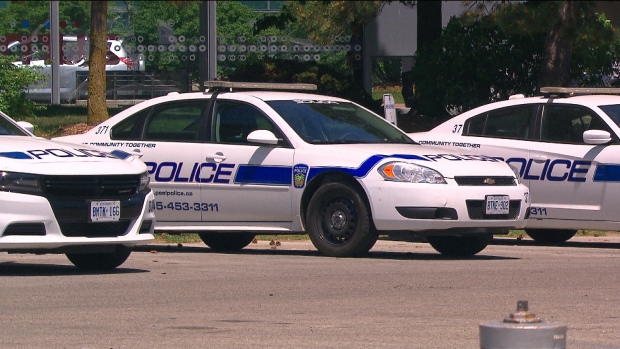 Peel police are praising some good Samaritans who came to the aid of a dog who was reportedly dragged on a leash by a moving car in Mississauga.

According to police, the incident happened near Winston Churchill Boulevard and Destination Drive at around 4 p.m.

There was a report that a dog was dragged by a leash from a moving car and that the vehicle then fled, leaving the dog in the road., police said.

Witnesses picked up the animal and took it to a local veterinarian.

“The dog has been saved by caring surrounding witnesses and taken to a local vet hospital,” Peel police said in a tweet. “The dog is currently conscious and breathing. Thank you to kind hearted citizens that rescued this poor animal.”

Police later said the man who was driving the vehicle is now in custody and will face a number of charges, including impaired driving, animal cruelty and weapons dangerous.

The dog has been transported to an emergency veterinary clinic in Oakville and the extent of its injuries are not yet clear.