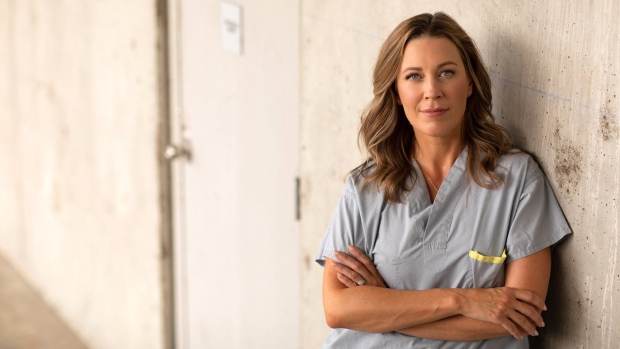 Dr. Katharine Smart is shown in an undated handout photo. As Canadian health-care systems buckle under the weight of doctor shortages, the past president of the Canadian Medical Association is calling for a national licensing pathway for doctors — and some provinces are on board.THE CANADIAN PRESS/HO-Canadian Medical Association, *MANDATORY CREDIT

ST. JOHN'S, N.L. - As Canadian health-care systems buckle under the weight of doctor shortages, the past president of the Canadian Medical Association is calling for a national licensing pathway for doctors - and some provinces are on board.

The current system, in which each province has its own licensing system, is confusing and bureaucratically cumbersome, particularly for doctors trained outside of Canada, said Dr. Katharine Smart said in a recent interview.

A national physician licence could provide a single, streamlined process for verifying the credentials of internationally trained doctors, she said.

“To have (all the) provinces credentialing every university, or every country, independently doesn't really make a lot of sense,” Smart said. “It would make sense that would be done once, for the country.”

Doctors trained abroad arrive in the country hoping to practise, but are often stymied by the confusing and costlylicensing process, she said. Some ultimately leave for countries where it is easier to start working, she said, adding: “Many people are never able to enter the system and actually practise medicine.”

“The College of Physicians and Surgeons of Ontario has already taken steps to facilitate interprovincial coverage with as little as a day's notice to meet urgent needs,” said college spokesman Shae Greenfield in an email Wednesday. He said the college has also proposed creating a new temporary registration class, “specifically designed to support mobility between provinces and territories.”

Other provinces, including Nova Scotia and Newfoundland and Labrador, are working to streamline their procedures as they welcome Ukrainian doctors fleeing the war in their country.

The College of Physicians and Surgeons of Newfoundland and Labrador supports “exploring the concept of physician mobility throughout Canada, while maintaining our mandate of public protection,” according to a statement emailed Thursday.

And Dr. Gus Grant, registrar of Nova Scotia's college of physicians and surgeons, said the idea of a national licensing system has merit, though he noted it would be an enormous administrative undertaking.

In the meantime, Grant said the four Atlantic provinces are discussing ways to co-ordinate licensingacross the region.

“I think that's more easily attainable and readily attainable,” he said. “I'm excited by the momentum towards that right now.”