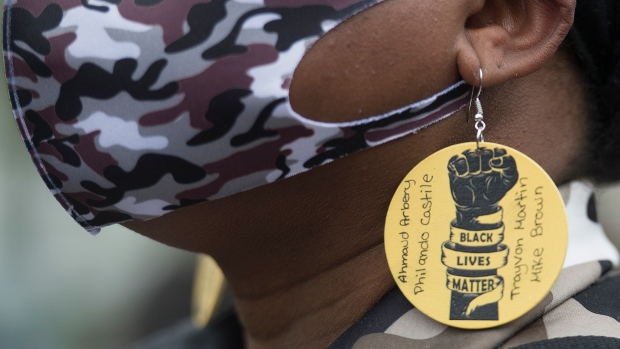 A woman attends a demonstration calling for justice for the George Floyd and all victims of police brutality in Montreal, Sunday, May 31, 2020.THE CANADIAN PRESS/Graham Hughes

OTTAWA -- As protesters keep up their anti-racism rallies on both sides of the border, top health officials are hoping they don't forget about the risk of COVID-19.

Canadian health officials are not suggesting people avoid protests, but they are stressing the importance of hand sanitizer and masks.

With physical distance being nearly impossible in some of these settings, rally-goers may have to find other ways to try to keep themselves safe.

Protests have taken place in several Canadian cities in the aftermath of a black man dying last week in Minneapolis after a white police officer pressed a knee into his neck.

George Floyd's death has sent throngs into the streets in several U.S. and Canadian cities to decry systemic racism and police brutality.

Meanwhile, House of Commons Speaker Anthony Rota is scheduled today to appear at a committee on procedure and House affairs.

He is expected to discuss the hybrid parliament and how it is functioning during the pandemic.

This report by The Canadian Press was first published June 2, 2020