Canadian home sales continued to cool in July, down 3.5 per cent month-over-month 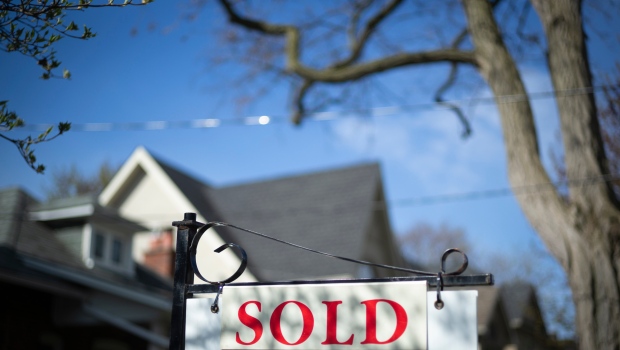 The Canadian Real Estate Association says home sales cooled for their fourth consecutive month in July as new supply fell in about three quarters of all markets across the country.

The association said Monday that seasonally adjusted home sales totalled about 48,686 in July, down 3.5 per cent from 50,459 in June and off 28 per cent from their peak in March.

CREA said the month-over-month decline in sales July delivered was the smallest of four consecutive decreases since March, but the month was still the second-best July on record.

Christopher Alexander, Re/Max Canada's senior vice-president, said the numbers show the real estate market is moving back to a typical cycle, where spring is busy and summer slows, but supply and demand are still unbalanced and people are tired from conditions earlier this year.

“There was such a frenzy in the early spring until halfway through April that turned a lot of people off because you were hearing about multiple offers constantly and huge sums of money over asking price being paid,” he said.

“I've heard stories of people who are experienced investors, who've been looking for over a year and have put in more than 20 offers and still haven't found the home that they want.”

Those on the hunt for a home had far less to choose from than they did in prior years or months.

The decline in new listings was led by markets like the Greater Toronto Area and Vancouver, which are known for being heated and regularly experience a frenzied pace in sales, along with Montreal and Calgary.

“Home sales continue to back off from extreme levels seen earlier in the year, but current activity is still historically strong and driving solid price growth in most markets,” BMO Capital Markets senior economist Robert Kavcic said in a report.

“One could argue that some of those shifts went too far during the height of the madness, and we could see some undoing ahead, even if a lot of the underlying change is permanent.”

While recent months have cooled the overall markets, there are still signs of strain.

The tightening of market conditions in July tipped a majority of local markets back into seller's market territory, reversing the more balanced nature many markets exhibited in June, said CREA.

The association found that the average price of a home sold reached $662,000 in July, up 15.6 per cent from the same month last year.

Excluding the GTA and Vancouver, the average price was $132,000 less, CREA said.

Alexander believes the next few months will be interesting because interest rates remain low and buying power is high, but prices are still expected to rise in many markets.

For example, the Toronto Regional Real Estate Board predicts the average home price will be $1,070,000 by the end of the year.

“I'm curious to see how the fall plays out,” Alexander said.

“It's going to be strong, but what I'm curious to see is how many multiple offers happen and what kind of percentage over asking price people will pay.”

This report by The Canadian Press was first published Aug. 16, 2021.