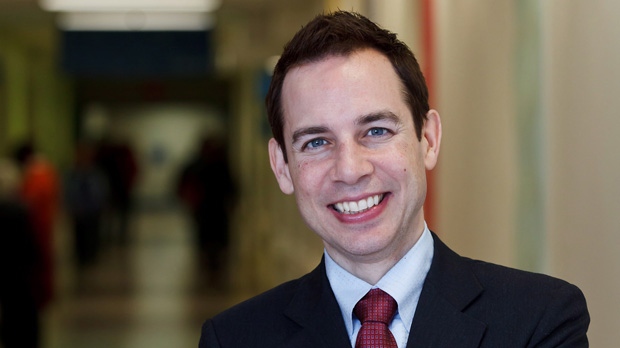 TORONTO -- A Canadian hospital has launched a court challenge with the ultimate goal of invalidating patents on human genes, saying such protection can adversely affect the health of patients and is boosting the country's health-care costs.

Lawyers for the Children's Hospital of Eastern Ontario, or CHEO, filed the challenge Monday in Federal Court in Ottawa, arguing that genes and other segments of the human genome should not be subject to patents for commercial or any other purposes.

"The core position really is that no one should be able to patent human DNA," said Alex Munter, president and CEO of the Ottawa-based CHEO. "It would be like patenting water or air."

Companies or other institutions that hold patents on genes or snippets of DNA and own the rights to related diagnostic tests have a monopoly on what can be done with the information.

Last year, the U.S. Supreme Court ruled that naturally occurring human DNA cannot be patented, siding with advocates who argued that the multibillion-dollar biotechnology industry should not have exclusive control over genetic information found inside the human body.

But in Canada, there has been no similar court challenge to the country's Patent Act -- and hence no ruling, said Richard Gold, a professor of law at McGill University in Montreal.

"There's considerable lack of clarity in Canada, especially after the U.S. decision about exactly what can be patented," said Gold, who is consulting pro bono on the case but is not involved in the actual court challenge.

"So we have companies not knowing whether their patents are valid. We have hospitals and governments not willing to take the risk because it would cost a lot to defend one of these actions," he said, referring to potential lawsuits based on patent infringement.

"To take the risk, they may be violating the patents."

"It's quite an insidious condition because long QT syndrome can be difficult to diagnose with an ECG (electrocardiogram)," said Dr. Gail Graham, chief of the hospital's regional genetics program. "Typically it's the first-line test, but many people's look normal even with an inherited predisposition.

"So ECG isn't a perfect tool and it needs to be combined with genetic testing, which has a much higher sensitivity."

There are a number of genes related to long QT syndrome, and five of them have been patented, primarily by the University of Utah, the chief defendant in the court challenge. Patents cover the DNA sequence -- either the whole gene or part of the gene -- and related diagnostic tests, said Gold.

The University of Utah had no immediate comment on the Canadian court challenge.

Gold said patents involving long QT genes are being used as a test case, in the hope of setting precedent that would invalidate all patents on naturally occurring human DNA.

"The patents are on the books, they're ostensibly valid, but there are strong legal arguments to make that they're actually not valid or don't apply."

CHEO's physicians and scientists say the granting of proprietary patents on human DNA interferes with their ability to provide high-quality care by making full use of genomic technologies in the increasingly emerging era of personalized medicine.

The hospital had planned to become a major Ontario testing centre for long QT syndrome, but received a cease-and-desist order from a company that holds a Canadian patent on one of the gene mutations and the related test.

But Graham said CHEO and some other institutions have advanced genetic testing capabilities with the development of "whole-exome" sequencing technology, which can look at all the roughly 23,000 genes contained in human DNA and pinpoint those mutated genes known to be associated with disease.

The technology, which is currently being validated, could be used to determine whether a sick newborn in the NICU, for instance, has a genetic disorder, by analyzing DNA in a blood sample, said Graham.

"So we would actually be in the morally reprehensible position of not being able to potentially save someone's life and the family members' lives because someone has claimed a patent on a sequence of DNA that occurs naturally."

Graham said long QT syndrome can cause fainting spells during exercise, seizures or, in some cases, sudden death. Genetic testing can identify family members at risk for the condition, allowing them to be treated with medications and sometimes an implanted defibrillator.

As it stands, hospitals must send a patient's blood sample to be tested for long QT gene mutations to one of the U.S. labs licensed by patent holders.

"So there's a significant impact on the health-care system."

There are about 7,000 genetic diseases, and many of the mutated genes that underpin the disorders have not yet been identified. Should newly discovered genes be patented -- along with diagnostic tests -- the impact on Canada's health-care system would accumulate, she said.

"We'll be sending to the U.S. for more and more tests. If you consider the impact of new gene patents and the fact that we might be forced to send blood samples for a number of other conditions over the longer term, it could easily be millions of dollars.

"We need to be able to take advantage of the great potential that these new technologies have," Graham said of whole-exome analysis. "And gene patents have the ability to prevent us from doing that."

CHEO is being represented in Federal Court by Toronto law firm Gilbert's LLP, whose lawyers are providing their services pro bono. Gold's team is being funded by a number of institutions, including Genome Canada, Genome Alberta, Genome Quebec and the Canadian Institutes for Health Research.