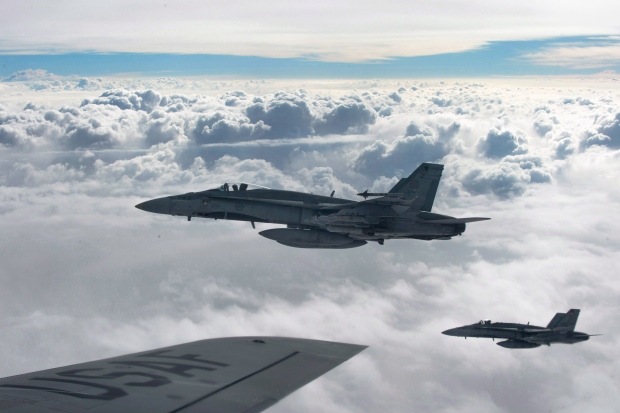 In its latest briefing on the allied air campaign against the group known as the Islamic State of Iraq and the Levant, the military says the CF-18 strikes hit fighting positions and storage facilities.

The four jets used precision-guided munitions against their targets.

The military says its Air Task Force-Iraq had conducted 295 sorties as of the weekend.

A sortie is one flight by a single aircraft.

The CF-18 fighter-bombers had conducted 188 sorties, while the Polaris aerial refueller had flown 51 sorties and delivered more than 1.25 million kilograms of fuel to coalition aircraft.