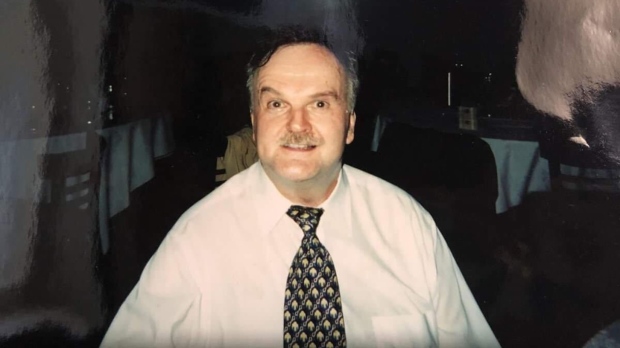 James Hill is seen in this undated handout photo. Hill, 72, died at a Virginia hospital on Wednesday, four weeks after being transferred there from a nearby detention facility run by U.S. Immigration and Customs Enforcement (ICE). THE CANADIAN PRESS/HO, Verity Hill

A 72-year-old Canadian man who was detained at a U.S. Immigration and Customs Enforcement (ICE) facility died in a Virginia hospital on Wednesday night weeks after testing positive for COVID-19.

In a news release, ICE said James Thomas Hill was transferred to a hospital on July 10 after reporting shortness of breath to staff.

The agency said the Canadian tested positive for COVID-19 the next day.

Hill was pronounced dead at Lynchburg General Hospital on Wednesday at 11:42 p.m.

“The preliminary cause of death is undetermined at this time,” ICE said.

According to a CNN report in July, nearly 75 per cent of detainees at the immigration centre have COVID-19.

Hill was taken into ICE custody in April after his release from a North Carolina correctional facility, where he served more than 13 years of his 26-year prison sentence.

The agency noted Hill was convicted in March 2007 for healthcare fraud and distributing a controlled substance.

On May 12, an immigration judge ordered his removal.

“As an aggravated felon, Hill was subject to mandatory detention by ICE under federal law. At the time of his death, Hill was in ICE custody pending removal to Canada,” ICE said.

The agency said it is undertaking a comprehensive, agency-wide review of his death.

“Consistent with the agency's protocols, the appropriate agencies have been notified about the death, including the Department of Homeland Security's (DHS) Office of Inspector General (OIG), and the ICE Office of Professional Responsibility (OPR),” ICE said.

“Additionally, ICE has notified the Canadian consulate and Hill’s next of kin.”

Angela Savard, a spokesperson for Global Affairs Canada, told CTVNews.ca in a statement that they are "aware that a Canadian citizen recently died in the United States."

"We offer our sincere condolences to the family of the individual," she said.

"Consular officials are in contact with local authorities to gather additional information and are providing consular assistance to the family of the Canadian citizen."