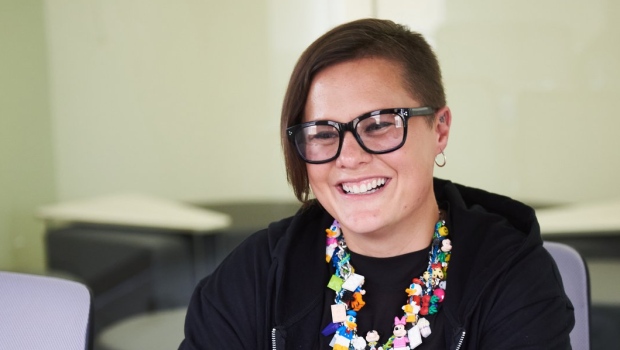 The Canadian Museums Association president Heather George is shown in this recent handout image in Ottawa. The association is calling for legislation, money and a cohesive national strategy to support Indigenous-led reconciliation in the museum sector. THE CANADIAN PRESS/HO-Wellington Imagery

The Canadian Museums Association is calling for legislation, money and a cohesive national strategy to support Indigenous-led reconciliation in the museum sector.

The association detailed the work needed in a report released Tuesday that includes 10 recommendations to help spur Indigenous self-determination at every level of a museum’s operations.

"Moved to Action: Activating UNDRIP in Museums" urges legislation to support the repatriation of Indigenous belongings and remains of ancestors, and dedicated funding for the repatriation process. It was funded by the Heritage Department and responds to a call by the Truth and Reconciliation Commission to review museum policies.

Pointing to her sector's deep legacy of colonization, association president Heather George said our understanding of history is richer when Indigenous Peoples have authority over how they are represented.

Still, she recognized there is uncertainty in some institutions over how to go about talking to communities about artifacts that have a painful history: “fears of doing it wrong, fears of hurting people.”

There are also fears that it will gut collections, she acknowledged, but she noted there are many ways to address contentious Indigenous material without entirely removing them from the public sphere, such as by creating a replica for the museum.

But delaying action risks ongoing harm, cautioned George, whose family on her father’s side is Mohawk.

“There is a cost to inaction,” said George, curator of Indigenous history with the Canadian Museum of History and a guest curator at the Woodland Cultural Centre on the site of a former residential school, the Mohawk Institute, in Brantford, Ont.

“All the way, all along, Indigenous folks have been saying part of our healing and part of our dealing with the realities of colonization is having access to our material culture and our knowledge and bringing all those pieces back together.”

The report also lists 30 ways that museums can support decolonization, including by recognizing that Indigenous Peoples have intellectual sovereignty over all material created by or about them and by developing hiring policies that take Indigenous knowledge and experience into account.

A key step, says the report, is for museums to adopt “meaningful Indigenous governance with decision-making authority, not simply advisory bodies.” When items are repatriated, Indigenous rights holders must determine how best to care for them.

George said she's optimistic that at least the recommendation for federal legislation is nigh, pointing to Bill C-15 — the United Nations Declaration on the Rights of Indigenous Peoples Act, which received royal assent in June 2021. The bill requires the federal government to prepare an action plan to achieve the objectives of UNDRIP within two years, or June 21, 2023.

Victoria-based artist Lou-Ann Neel, who served on a "reconciliation council" that guided the CMA research, said the findings come after other studies have already issued similar pleas. But she bemoaned the relatively little action to address ill-obtained material and repair Indigenous ties.

Necessary, too, is more information about the scope of what, exactly, museums have in their possession — legitimate and otherwise, she added, recounting her shock years ago to stumble across commercially sold carvings by her great-great-grandfather Charlie James and her grandmother Ellen Neel in a Victoria museum.

At the time, she knew nothing about the long-standing artistic tradition behind them, she said, and has since heard similar stories of Indigenous people feeling disconnected from the work and lives of their ancestors.

"So much got taken that families didn't even know what they were looking for because they didn't know what was missing, because they never got to hear about it in the first place," said Neel, originally from Alert Bay, B.C.

"A lot of what happens is people will go in search under the current name of their tribe, and they'll find 10 to 15 other ways that their tribal name was spelled. So that's also a barrier."

The report traces a "collecting frenzy" through the 1800s and early 1900s that included sacred cultural belongings, burial items and human remains. The brunt of those actions are still felt today, said Neel.

"Some of the things that arrived in museums were done very legitimately or purchased or donated," Neel acknowledged.

The CMA represents more than 2,700 museums that range from small, volunteer-led organizations to national institutions.