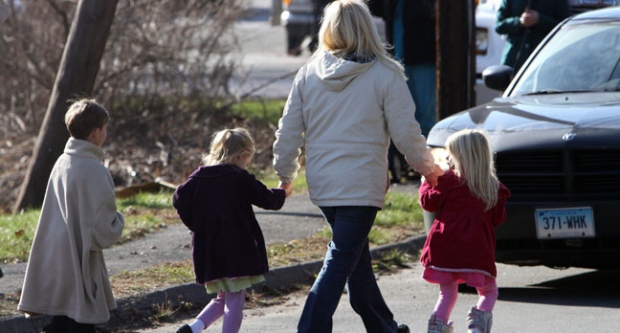 OTTAWA -- "Our hearts go out to the victims ... and their families. Today is a time for mourning and not politics."

Public Safety Minister Vic Toews posted the sentiment on a social media network Friday afternoon as Canadians recoiled in horror at the news of another American school shooting, this time in Newtown, Connecticut.

His appeal to forego political debate in the emotional heat of the moment was not uncommon, and serves as a staple after many mass shootings.

"There will be time to debate what went wrong and how such a tragedy can be prevented," NDP Leader Tom Mulcair said in a statement.

"But today, New Democrats join Canadians in expressing our heartfelt condolences to the families of the victims -- and in hugging our own children a little tighter."

Bob Rae, the Liberal interim leader, was more circumspect, vaguely alluding to "further information (that) will undoubtedly emerge in the days ahead," while expressing immediate support for the Connecticut families and community.

And Prime Minister Stephen Harper refrained from any political allusions at all, posting a message on Twitter stating, "The news is just awful.

"The thoughts and prayers of Canadians are with the students and families in Connecticut affected by this senseless violence."

Contrast that to U.S. President Barack Obama, who held a news conference where he tearfully vowed that American are "going to have to come together and take meaningful action to prevent more tragedies like this, regardless of the politics."

Obama did not elaborate.

However Jerrold Nadler, a Democrat congressman from New York, issued a statement that "If now is not the time to have a serious discussion about gun control and the epidemic of gun violence plaguing our society, I don't know when is."

That was a dominant theme echoed online, where raging debates almost immediately erupted over gun control and the politicization of gun violence, even as the first reports were still filtering out of Connecticut.

David Frum, the apostate Republican, displaced Canadian, and former speech writer to George W. Bush, drew the ire of the pro-gun lobby by caustically tweeting that perhaps those Newtown school kids should have been carrying concealed weapons for protection.

Frum responded to the blowback with a fiery essay posted on thedailybeast.com under the clarion-call headline: "Every Day is the Day to Talk About Gun Control."

"I'll accept no lectures about 'sensitivity' on days of tragedy like today from people who work the other 364 days of the year against any attempt to prevent such tragedies," Frum fulminated.

Ezra Klein, writing in the Washington Post online, took dead aim at those who criticize "politicizing" such events.

"That is code, essentially, for 'don't talk about reforming our gun control laws,"' Klein wrote. "Let's be clear: That is a form of politicization."

And it seems all shootings are not created equal.

Julian Fantino, then Harper's junior defence minister and also a former head of the Ontario Provincial Police, was quick to credit Conservative crime policies in June barely 24 hours after a deadly shooting at Toronto's Eaton Centre.

And every political party dove into the fray following the Boxing Day shooting in downtown Toronto in the middle of the 2006 election campaign that would propel Harper's Conservatives to power. The gang-related shoot-out on crowded Yonge Street took the life of 15-year-old bystander Jane Creba.

The Liberals almost immediately announced a proposal to ban hand guns and stiffen up rules for granting bail to those accused of gun crimes.

And Harper, then the leader of the opposition, delivered his party's campaign justice package just steps from where Creba died a few days later.

"When a young woman is killed and other innocent bystanders are injured, we need action, not the idle rhetoric of another social theory," Harper said on Jan. 5, 2006.

It was a sentiment few politicians were willing to offer up Friday as the Connecticut tragedy unfolded.