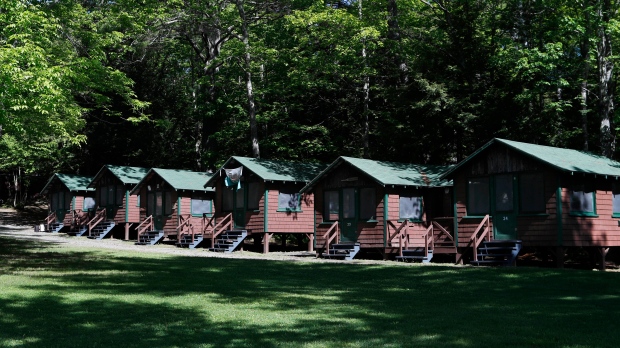 Though health restrictions have lifted and demand has returned, summer camp operators across the country say they're grappling with staffing issues driven by the COVID-19 pandemic.

Craig Douglas, executive director of Timberline Ranch in Maple Ridge, B.C. said Saturday it was harder to hire staff this year than in any of the previous 16 years he's been with the organization.

Douglas, also the vice-president of the British Columbia Camps Association, said Timberline is not alone: many camp operators have been forced to cut programs or accept fewer campers because they can't find enough people to work.

“The end result, unfortunately, is that fewer kids may get to go to camp this summer,” he said.

The COVID-19 pandemic forced many camps to shut down completely in 2020, and then operate under tight restrictions last summer. This year, with health restrictions all but gone, operators were looking forward to a return to normal and, in the case of private camps, to begin recouping losses, Douglas said.

But the shutdowns cut off a key source of staff for many camps, he added. Campers aging out of summer programs will often return in the next few years to work as counsellors, and operators rely on that pipeline, he said. The COVID-19 pandemic broke that link in the chain.

Restaurants and retails stores are also struggling to find employees, he said, which means would-be camp counsellors have a myriad of summer jobs to choose from.

Timberline, which is a charity, has increased salaries, shortened the work week and set up several staff activities and perks in an effort to attract workers, Douglas said. The camp normally employs about 80 people for its 24-day campers and 144 overnighters. With staff training beginning Friday, he said the organization is still missing about five key people.

In Ontario, Raf Choudhury is also scrambling to find staff for his summer camps at Baseline Sports in the north Toronto region. Choudhury normally hires between 15 and 20 people each summer, but this year, he's only been able to hire five so far.

“I feel like there's more of a demand, yet we can't keep up with the demand because of staffing issues,” Choudhury said.

“Even if I wanted to expand and go to more locations, it's not feasible at the moment.”

Choudhury also hires young people - typically teens between 18 and 20 years old - to oversee his three outdoor sports camps. After two years of a global pandemic, they seem to have other priorities, he said.

“I think people are realizing that there's more out there to do and they're willing to sacrifice work for it,” he said.

Nick Georgiade, the director of Camp Temagami in northeastern Ontario, said staffing is a challenge for him every year, and so far this year, he hasn't had a tougher time finding people.

Rather, this year's challenges have come from the courses and certifications required to work at Camp Temagami, which offers canoe trips in areas as far flung as Labrador, he said.

During the pandemic, those first aid and wilderness survival courses weren't offered, which means the staff leading the trips this year needed a lot of expensive, time-consuming training and recertification. Georgiade said his company arranged and paid for it.

“You basically have to make it as easy as possible for them, or that's a barrier for entry,” he said.

It's another substantial cost in a year of high inflation, he said, adding he's expecting food costs alone to be 20 to 25 per cent higher this year.

“The cost of everything has gone up dramatically,” he said. “And our rates were set in September for this summer.”