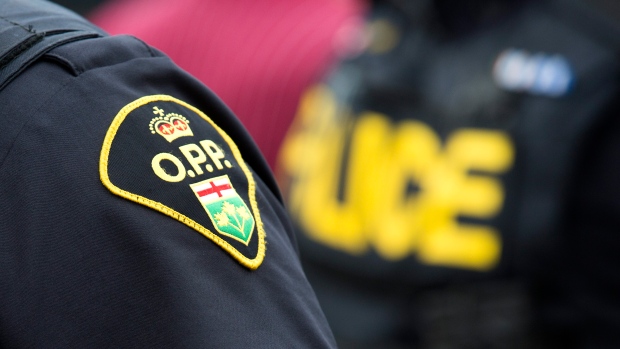 ORILLIA, Ont. -- A government-appointed panel said it has heard from frontline officers about widespread bullying and harassment within the Ontario Provincial Police, delivering a report Monday that offers dozens of recommendations aimed at bolstering those workers' mental health.

Those findings come in a long-anticipated report commissioned last May by the province, after persistent complaints about the OPP's workplace culture and the death by suicide of 17 members of the service since 2012.

The three-member panel said it surveyed and met with thousands of current and former OPP members and more than half said they had experienced bullying, harassment, or discrimination.

"The panel heard repeatedly and accepts the views of members that there is a negative workplace culture with the OPP that, in some locations, tolerates bullying, and harassment, and that overall the OPP does not have the necessary tools to respond appropriately to conflict," the report said.

The group -- made up of former associate chief justice of Ontario Douglas Cunningham, former deputy attorney general Murray Segal and former cabinet minister David Cooke -- was put together in May 2019.

It spent months gathering more than 5,100 submissions from active and former OPP members, conducting roundtables, and meeting with the family members of officers who have died by suicide.

Its findings -- and 66 recommendations -- suggest the force's leadership must do more to provide access to mental health supports, re-introduce accountability and transparency to its promotions process, and address workplace culture.

"It is clear to us that OPP leadership faces an immediate and significant challenge with respect to the workplace culture and health of the organization," the panel writes in its report. "In particular, the lack of credible, accessible and meaningful support for members with mental health issues is approaching crisis."

The panel also said the OPP must move to restore frontline officers' faith in leadership, and their selection.

Ontario's solicitor general said Monday the government and provincial police are making changes that will allow for an improved workplace culture and mental health supports for officers.

Sylvia Jones said the government and OPP are taking action to implement more than 40 of the recommendations, while exploring an additional 24.

"No one should be apprehensive about going to work because they don't feel adequately supported," Jones said. "This is simply unacceptable. I'm confident the changes put in place and those currently underway will improve the workplace culture at the OPP, resulting in a healthier, more supportive work environment for everyone."

The OPP said Monday it has created a healthy workplace team to focus on its members, and leadership training will now focus on promoting a healthy and inclusive workplace.

The police service is also establishing new strategies to support members when they return to work after a leave of absence, and supporting families and colleagues after member suicides.

Commissioner Thomas Carrique said together with the government and the police union, the force can make changes to work toward a healthy and inclusive workplace.

"The OPP is committed to making meaningful changes for our members, who are dedicated to ensuring the safety and security of our province. With an organization of nearly 9,000 members deployed across Ontario, it will take leadership, time and support to ensure we get things right," Carrique said in a statement.