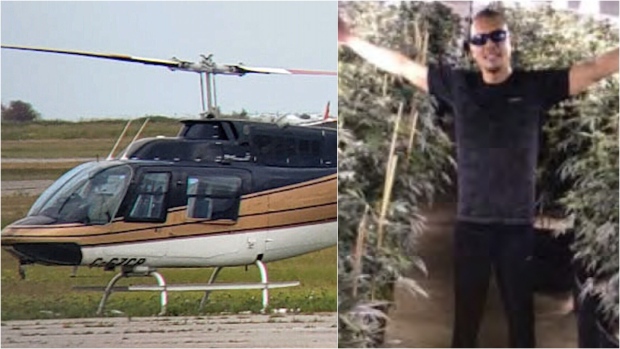 Charges have been dropped against a group of people the RCMP accused of using a helicopter to ferry duffel bags of marijuana across the U.S. border -- but now two of them are fighting to keep their helicopter.

The helicopter, a $380,000 Bell 206 B-3 Jet Ranger, is being held by the RCMP until an application by Ontario's Attorney General to seize it under the province's civil forfeiture regime can be heard in Ontario Superior Court.

"They deny any wrongdoing and they believe that they have the right to the return of their lawful property," said the lawyer opposing the seizure application, Brian Greenspan.

Kamal Deep Bassan and Raminderjit Assi were both directors of a numbered company that operated a helicopter, ostensibly as a "helicopter tour company," the notice of application in the civil case says. 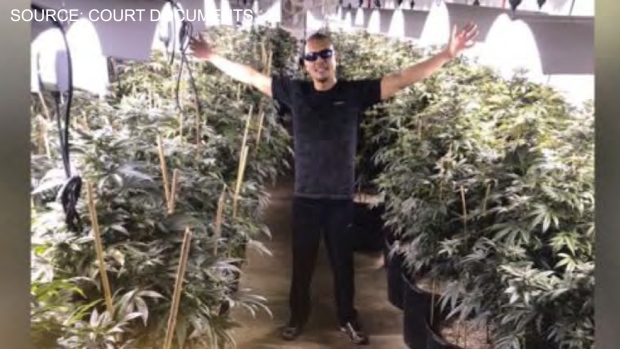 But the helicopter didn’t appear to be used for tours, and it never logged any flights, even though Transport Canada requires tour companies to maintain specific flight logs of tours, the application says.

Instead, the documents say the chopper flew on several “non-squawking” flights -- where the helicopter isn’t communicating with air traffic control and without a transponder -- including one to Beaver Island in the U.S. on April 9, 2019, where it hovered for minutes, allegedly dropping 108 pounds of cannabis in four red duffel bags.

That flight was noticed by a U.S. Customs and Border Patrol officer. American authorities seized the four duffel bags -- and a tip from them sent the RCMP on the trail of the helicopter.

Mounties tracked the chopper to a likely base in north of Brampton, the documents say, adding that officers got warrants to search the helicopter, where GPS data showed a trip that matched the one to Beaver Island, in New York State.

More investigative work obtained photos of people holding a long gun with Canadian currency and a handgun on table, and Mounties tracked the group to Sault Ste Marie where they crossed the border in a rental car and American agents watched them scope out properties to purchase just four miles from the Sault Ste Marie airport, an affidavit says. 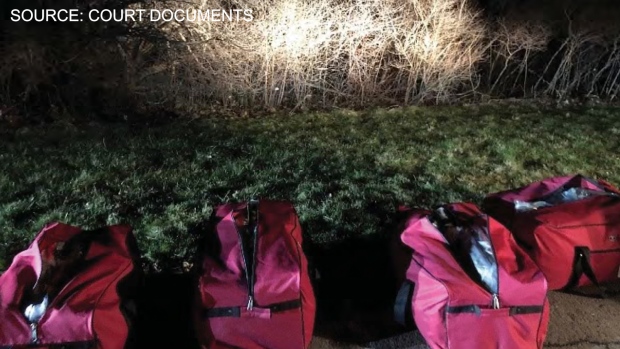 In July, people in Vermont complained of a low flying helicopter and found a dropped cell phone. The RCMP found the helicopter in a remote quarry in Racine, Quebec, and observed three people loading it onto a trailer to tow it to Waterloo, Ont.

Court documents say the helicopter was tracked on three occasions crossing the border on brief trips that “are believed to be incidents of cross-border smuggling,” the court application says.

On Aug. 27, 2020, the RCMP says the helicopter flew from a place in Quebec, to a location close to Newport, Vermont, before flying back.

“During this flight, the helicopter was inside US territory for only three minutes, and hovered over the ground for 1-2 minutes,” the affidavit says.

The RCMP found the helicopter again that day being towed by a Dodge Ram truck, and followed it to a hotel in Montreal.

That’s where they arrested a group of people for possession of marijuana for the purpose of distributing it and participation in the activitiesof a criminal organization, the application says.

A warrant allowing the RCMP to search Bassan’s iCloud account showed approximately 1480 videos and pictures that showed the helicopter and marijuana pictures, the application says.

And police say they believe the operation was about to change to include smuggling guns bought by an associate into Canada. But that associate cancelled his flight home on September 3, “and I inferred from this that he was trying to avoid being implicated in the firearms deal,” the affidavit says.

Bassan did have a Health Canada licence to produce marijuana, the application says, but that was for a location in Innisfil -- far from any of the other alleged grow-operations.

All charges were stayed by the crown on December 16, 2020. Crown counsel told CTV News that it was because it was no longer in the public interest to pursue the case. Greenspan, their lawyer, said he believed it was because there was a problem with a search warrant.

It’s hardly the only helicopter officers on both sides of the border have seized. In 2010, Colin Hugh Martin, 46, was indicted for arranging a drug smuggling helicopter ring in B.C., and pleaded guilty in March of 2018.

And in 2019, a pilot en route to a landing site in Washington State fled north into Canadian airspace, leaving two men at the site to be arrested by U.S. agents who seized 188 kg of methamphetamine. 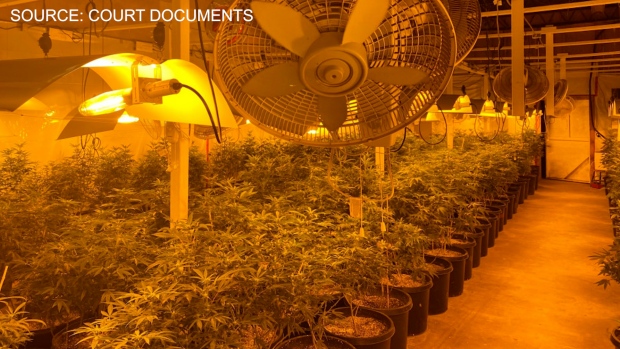 It took 45 minutes of an RCMP aircraft chasing the helicopter before it landed on a rural property outside Metro Vancouver. Court documents said it had 72 long guns, 35 handguns, ammunition, cellphone jammers, and currency from Canada, the US, and Mexico.

It makes sense to seize aircraft involved in potential smuggling operations because it can be a more direct route to take the profit away from possible criminal activity, said criminologist Neil Boyd of Simon Fraser University.

“There’s a logic to this,” he said. “It’s much better to use financial disincentives to entrench the regulated market rather than the illicit market.”

That regulated market will soon exist in New York State as well, after the state legalized marijuana earlier this year.