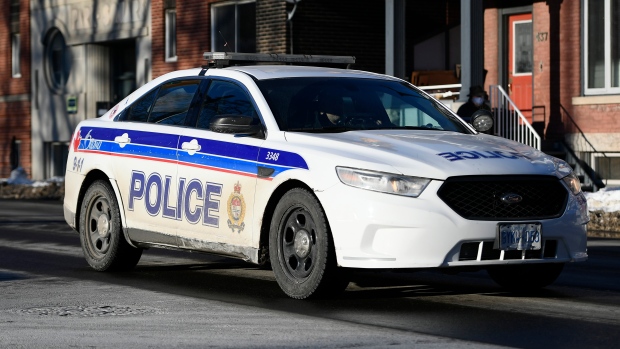 A missing baby girl who was the subject of an Amber Alert has been found safe and one person has been charged after the child was allegedly taken from her mother in Ottawa Thursday night.

Police launched a search for the child Thursday night after the mother, who was visiting Ottawa from Nunavut, reported that another woman had taken the 11-month-old girl at about 11:15 p.m. in the area of Carling Avenue and Pinecrest Road.

Police said the child required medical attention when she was taken.

An Amber Alert was issued shortly before 2 a.m. on Friday.

Police said they were led to an apartment in the 800 block of Pinecrest Road at around 9:30 a.m. after finding a witness about an hour earlier.

“When officers arrived at the unit, they heard a baby crying inside. The officers entered the apartment and located the missing girl,” Ottawa police said in a news release.

The girl was found safe and was taken to hospital to be checked over due to her medical condition, police said.

“The discovery of this little girl safe and sound was the conclusion we were working for and we are all thankful for this happy result,” Ottawa Police Chief Peter Sloly said in the release. “I want to thank all the members who worked to locate her. It was an example of great frontline police work and investigation. We would also like to thank members of the media, the Ontario Provincial Police, the Ottawa Paramedic Service and the public for their assistance and contribution in the safe resolution of this volatile situation.”

A 70-year-old woman has been taken into custody in connection with the case. She is a stranger to the mother and the child, police said.

Police said she faces charges of kidnapping, person in charge not providing the necessaries of life, obstructing a peace officer and aggravated assault.

Investigators are not releasing her name for the time being.

She was scheduled to make a court appearance today.