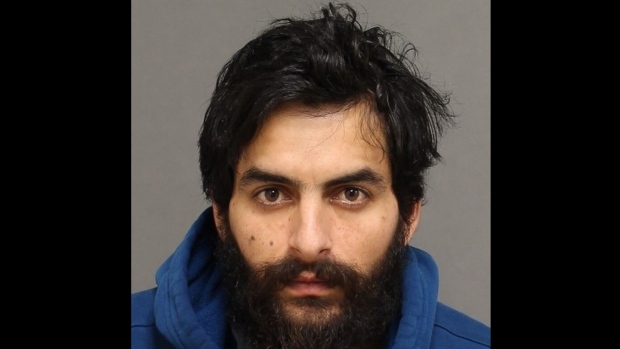 Gurpinder Singh, 28, is shown in a TPS handout image.

A 28-year-old Brampton man is facing charges after an international student was allegedly lured to a Toronto hotel room and sexually assaulted on the promise of help setting up a bank account.

Toronto police say that on Nov. 15, a female foreign student “travelled into Toronto from another province to meet” a male suspect who allegedly told her he could help her set up a bank account in the city.

She went to a hotel room in the city where she was allegedly sexually assaulted, photographed without her consent and threatened with death.

A short time later, police arrested and charged a suspect they identified as Gurpinder Singh.

He faces charges of sexual assault, uttering a death threat, extortion and voyeurism.

Investigators say they believe there are other victims who have not yet come forward.