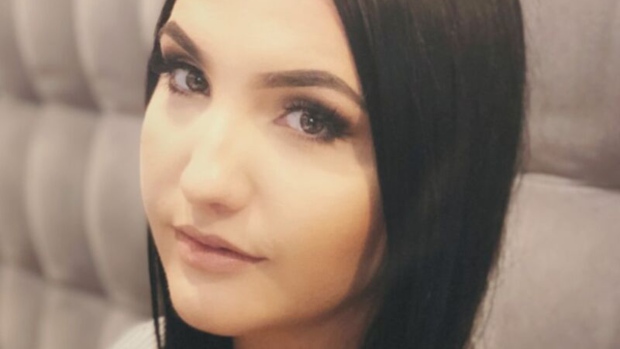 Julia Ferguson, 29, is shown in a handout image from TPS.

Charges have been upgraded against the man accused of fatally stabbing a 29-year-old woman at a Toronto law office last month.

Police say Julia Ferguson suffered critical injuries after she was stabbed at the offices of Hicks Adams LLP, located at 238 King Street East, on the afternoon of Sept. 2. She was rushed to hospital for treatment but died three days later.

Police say the suspect in the stabbing initially fled the scene but later surrendered to police.

He has been identified as 33-year-old Osman Osman, of Toronto.

Osman was first charged with second-degree murder in Ferguson’s death but on Tuesday, Toronto police confirmed that the charge has now been upgraded to first-degree murder.

A GoFundMe set up by the victim’s friends said Ferguson worked as a receptionist at the law firm, which specializes in criminal defence.

Police have previously confirmed that they believe the attack was not random but investigators have yet to provide any details on a possible motive.

Shortly after the homicide, police said that they believed the suspect had targeted the business but not Ferguson specifically.