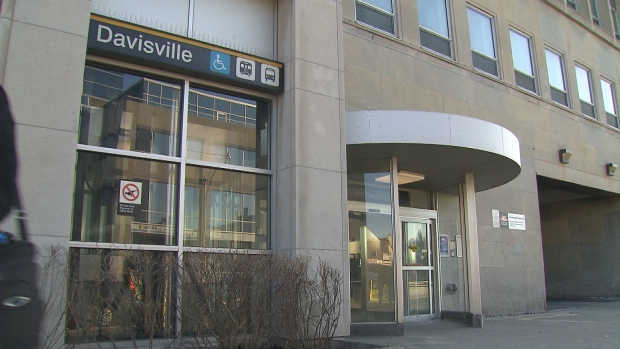 The TTC's headquarters is shown in this file photo. The building is one of 40 slated for closure as part of a plan to modernize the city's office spaces.

A plan to reduce the amount of office space the city operates by one million square feet is now being expanded and accelerated amidst a COVID-19 pandemic that has resulted in radical shifts to the way many offices function.

The plan, dubbed ModernTO, was first approved by city council in October, 2019.

It initially called for the city to slash the number of offices that it owns or leases from 52 to 20.

Staff, however, are now proposing that the city further reduce the number of offices it operates to 15 as part of a report that was considered by Mayor John Tory's executive committee on Wednesday.

Staff say that consolidating the city’s nearly 15,000 office workers in fewer locations and, in some cases, allowing them to work more frequently from home will result in $1.2 billion in benefits over the next 25 years.

All told, the annual savings in workplace-related costs will work out to about $2,100 per employee, per year.

“The COVID-19 pandemic has had a significant impact on the program, acting as a catalyst for change and accelerating the transition toward remote working. This resulted in further optimization of the office portfolio and reduction in the city’s office footprint from what was presented to city council,” the staff report notes.

The report that will be considered by executive committee today recommends that the city allocate $200.6 million in funding as part of the 2021 budget in order to renovate existing facilities and fast-track the relocation of some employees.

Mayor John Tory has previously said that a large chunk of that money will pay for a “significant revitalization” of Metro Hall and the Etobicoke and Scarborough civic centres so that hundreds of additional jobs can be placed at those locations.

That work will be completed over the next five years.

“The new workplace design will fundamentally change the city's office environment from one primarily filled with dedicated individual work spaces into a collaborative environment with a range of unassigned work spaces,” the staff report notes. “Overall employee mobility will increase, and most employees will have the ability to allocate a portion of their work time to working remotely, at home or from a satellite city office location.”

While the city has yet to determine what it will do with the surplus sites, staff say that public consultations will begin in the New Year and a report with recommendations will be brought before council sometime in the first half of 2021.

Looking ahead, staff also say that the principals of the ModernTO plan could be applied to other city workplaces as well, including service yards, warehouses, recreation centres, employment centre and libraries.