City testing its emergency sirens in Scarborough this weekend 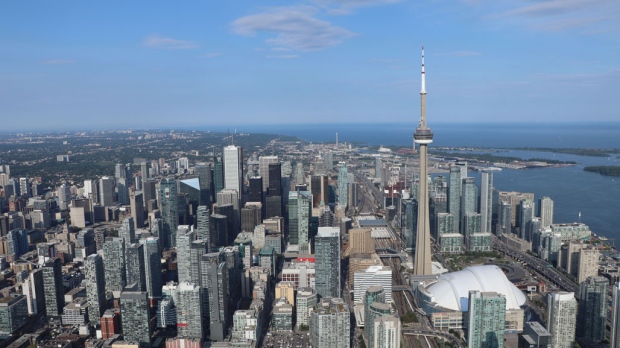 The skyline of Toronto is seen in this undated photograph. (Ted Brooks/CTV News Toronto)

If you hear a loud “whooping” sound in Scarborough on Saturday—don’t be concerned.

The city will be conducting its quarterly testing of a community siren system around 5 p.m. on July 24.It warned that residents and businesses in the city’s Scarborough-Guildwood and Scarborough-Rouge Park should expect to hear a “whop, whop” sound as they are within one kilometer of the sirens.

“Depending on the weather conditions, the siren may be heard beyond these boundaries,” the city said.

The test is expected to go on for about two minutes, followed by five minutes of silence. After the five minutes are over, a monotone sound will be issued as an “all clear.”

Officials say the siren would typically be activated in the event of a chemical incident requiring “emergency notification of businesses, schools and residents within the vicinity.”

Toronto police say that in the event of a real emergency, residents are urged to go indoors, close all doors and windows, and shut off ventilation systems. They also say that residents should check social media and tune in to their local radio and TV stations for more information.

Attention #Scarborough residents: Community sirens will be tested on Saturday, July 24 at approx 5 p.m.
The sirens will sound for up to 2 minutes followed by 5 minutes of silence and then the all-clear signal for one minute. See image for more details. #TorontoEast #SirenAlert pic.twitter.com/nzDWUsWfv8

The city recommends that residents and businesses should use the siren testing as an opportunity to review their emergency protocols.

“Residents are advised to contact TE CAER at 416-287-4483 if the siren tone is heard in circumstances other than a test or to report siren operation issues,” the city said.

“The next testing is scheduled to occur in the fall of 2021.”