CMHC sees declines in home prices, sales, starts that will linger to end of 2022 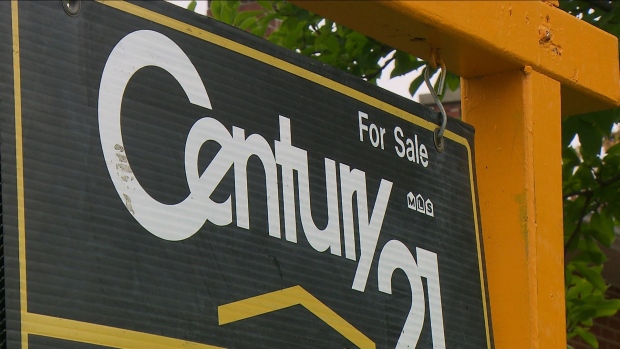 Canada's housing sector will see a retreat in prices, sales and building in the months ahead and likely won't see a return to pre-pandemic levels until at least the end of 2022, said Canada Mortgage and Housing Corp. in an outlook released Wednesday.

The federal housing agency sees pressure on the sector as it doesn't see any quick 'V' shaped recovery. Instead in a best case, CMHC said it could come back in a somewhat slower "U" shape while its more pessimistic scenario is a more flat prolonged "L" shaped.

"We don't expect this to be a very quick recovery," said Bob Dugan, chief economist for CMHC in a conference call.

CMHC said average housing prices could fall anywhere from nine to 18 per cent in its forecast, and as much as 25 per cent in oil-producing regions. In the faster recovery scenario, prices could start to recover by mid-2021, while a slower recovery prices might not be back to pre-COVID-19 levels at the end of 2022.

"If there's enough foreclosures and banks are taking losses because of this, it could affect their willingness to lend and it could lead to a bit of a freezing up of liquidity in lending markets," Dugan said.

Pressure on prices will come as sales drop, with an expected 19 to 29 per cent decline in sales from pre-COVID levels this year as job losses affect buying decisions.

"Households, when there's so much uncertainty, they tend to be more cautious on purchases," said Dugan.

He noted that job losses are already worse than perceived in the official 13 per cent unemployment rate for April, as it would be closer to 20 per cent if all the people who have left the job market since the outbreak began were factored into the rate.

Uncertainty in the housing market will also affect new home building, which could see declines of between 50 and 75 per cent this year compared with pre-COVID-19 levels before starting to rebound next year.

The forecast is more pessimistic than what Canadian banks have forecast, including National Bank that said Wednesday it expects a drop of about 10 per cent in prices.

National Bank said home price declines will be somewhat limited because the job losses are concentrated in sectors that generally have lower rates of home ownership.

It does, however, see pressure on the market because interest rates were already so low before the crisis started that central banks have little policy room to manoeuvre, while drops in tourism could also put pressure on the economy and push what had been short-term rentals onto the housing market.

Other banks have provided a range of forecasts since the pandemic hit Canada in mid-March.

CIBC said in early May that it expects home prices to have fallen between five and 10 per cent compared with 2019 levels before starting to recover, while TD Bank said in late April that it still expected home prices to rise by 6.1 per cent this year.

Dugan said there is a great deal of uncertainty overall so it's hard to give a precise forecast and CMHC may be basing its forecast on different data than used by the banks.

"Our forecast is a little on the pessimistic side...it is just a very tough time for the economy," Dugan said. "There are a lot of mortgage deferrals, there's a very high level of unemployment, so I don't know if our forecast factors in more recent data on the economy."