CMHC sees slowing of home construction in most of Canada 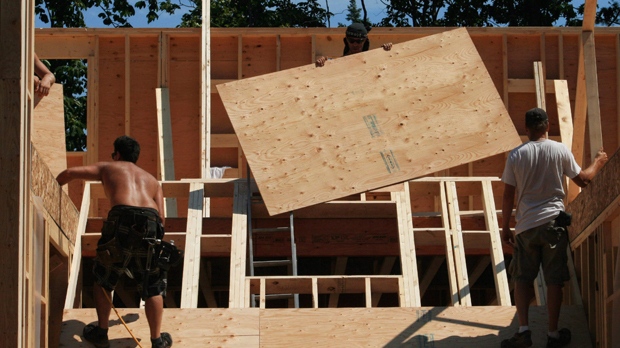 TORONTO -- Canada Mortgage and Housing Corp. is expecting home construction to be slower in most of the country in the next two years compared with 2015, though it says stark differences in outlook have emerged in various regions.

Those ranges compare with 195,535 housing starts in 2015. However, the national numbers tell only part of the story.

"Our forecast shows that there are important provincial variations within the Canadian housing market," CMHC chief economist Bob Dugan says in a statement.

"Increased housing starts in Ontario and B.C. will be more than offset by declines in provinces affected by the drop in oil prices in 2016."

The Crown corporation says the national average price will rise to as much as $495,800 this year and $501,000 next year. The averages don't adjust for high prices in the Lower Mainland region of British Columbia and parts of southern Ontario.

Since the previous estimates late last year, CMHC has raised its expectations for Ontario and B.C. housing starts and lowered them for Alberta, the heart of Canada's oil and gas industry.