Coming to Netflix Canada this summer: A Toronto headquarters 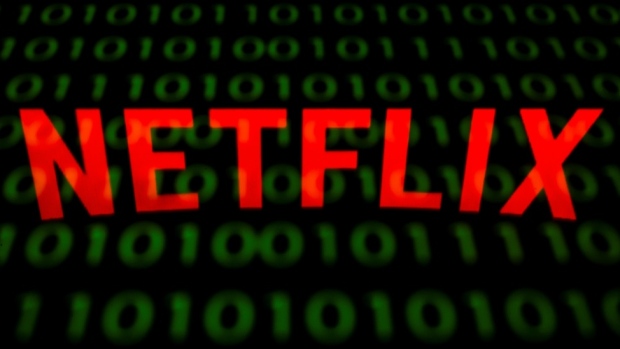 Streaming giant Netflix says that it will make Toronto home to its new Canadian head office.

Mayor John Tory made the announcement at a news conference Tuesday afternoon and said that he was informed of the decision earlier today.

“It's a very significant indication, another one, that people have confidence in the city as we should, those of us who live here,” Tory said. “It underlines our determination to protect jobs, to get new jobs, get new investment, and to make sure that we can have a strong recovery coming on the back end of this pandemic.”

Netflix said in February that it planned to open an office in Canada, but did not say where it would be.

“As we grow our business and presence all across Canada, we're excited that Toronto will be our first local office,” Netflix Co-CEO and Chief Content Officer Ted Sarandos said in a statement. “We’re looking forward to opening our doors and building on the great work we’ve started with our creative partners to bring more Canadian artists and stories to the world.”

Toronto is already home to one of two Canadian production hubs for the company. The city has helped churn out a number of shows for the streaming giant, including Jupiter's Legacy, The Umbrella Academy and The Queen's Gambit.

Netflix says it has spent $2.5 billion on productions in Canada since 2017.

Other large tech companies such as Google, Twitter and Facebook maintain corporate offices in Toronto as well.

Earlier in the pandemic, the CEO of online shopping giant Shopify declared “office centricity is over” after finding that the company’s employees were able to work well remotely, though there are reports the company has taken out leases on large office spaces under development in the core.

Tory said Tuesday that the decision by Netflix to open a new physical office in the city shows that many employers are still betting on a post-pandemic return to physical workspaces.

“There are some businesses unfortunately we've lost during the pandemic, but on the flip side, we also have information from the people we're talking to as part of this task force we're dealing with, the Board of Trade and otherwise, that a lot of employees want to come back downtown to work,” Tory said. “They miss the action of downtown, they miss being at the office with their colleagues. A lot of the employers want people to come back and they have no intention of moving.”

The city said the new office will help Netflix “expand its commitment to working with Canadian talent” and to “to bring stories from Canada to the world.”

Following protocols that include masking and on-site COVID-19 testing, the company has continued work on a number of productions in the city through the pandemic.

In 2019, the last full year before the pandemic, the film and TV sector employed more than 30,000 people and contributed $2.2 billion to Toronto's economy, according to Deputy Mayor Michael Thompson, who chairs the city's Economic and Community Development Committee.

“Thanks to our partnerships with industry leaders such as Netflix, the local industry has completely rebounded – operating at pre-pandemic levels – and is on track to have another record-setting year in 2021," Thompson said in a statement.

Netflix plans to open an interim office in the city this summer until it finds a permanent location.

The company plans to base 10 to 15 employees in Toronto. The first posting for a content executive is expected to go up in June, with more positions to follow on the company’s website.

Crews work on a film set for a Titans Netflix TV series on a Toronto street on Wednesday April 17, 2019. THE CANADIAN PRESS/Doug Ives