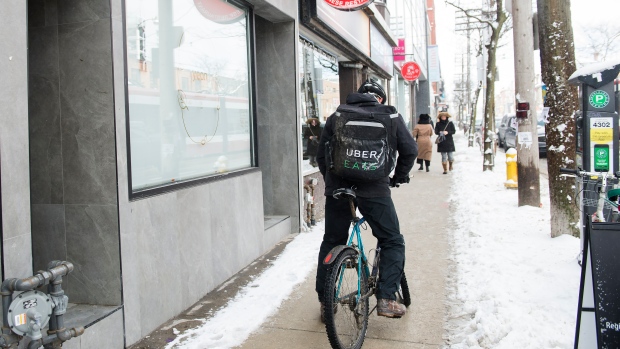 OTTAWA - A House of Commons committee is recommending a boost to the value and duration of employment insurance benefits, and expanding the system to cover gig workers and the self-employed.

Its report Thursday also asks whether special benefits, such as maternity and parental leave, should be hived off into their own program, and recommends extending sickness benefits to 50 weeks.

To pay for the moves, the committee says federal officials should look at having the government again help finance EI alongside premiums paid by employees and employers.

The committee says EI no longer reflects the realities of today's labour market, nor is it well positioned to respond to sudden disruptions like the COVID-19 pandemic.

In a dissenting opinion, the Bloc Quebecois underlined the need for reforms, but outlined the party's concern that the opportunity for change would be lost to usual government complacency.

Last year, the government effectively shut down parts of the EI system over concerns that historic job losses at the start of the pandemic would crash the decades-old program, and instead put unemployed Canadians onto emergency pandemic aid.

The situation highlighted issues long known about EI, including how not all workers can qualify for benefits, and more are blocked entirely.

April's federal budget committed $5 million for a two-year review of EI, which the government hopes will allow time to begin badly needed upgrades to the aging computer system that runs the program.

The federal budget also proposed $648 million over seven years to fund a long-term technological upgrade to the EI system, the oldest portions of which rely on programming language from the 1960s.

In the meantime, the government is also planning to extend some pandemic-related measures that the committee believes should become permanent, such as lowering the bar to qualify and eliminating the one-week wait before receiving benefits.

The parliamentary budget officer on Thursday estimated that allowing workers to qualify for benefits after 420 hours of work, rather than 600 or more, will cost federal coffers $574 million this year, and $930 million in the ensuing 12-month period.

A second report estimated that waiving the one-week waiting period for benefits would cost $356 million over two years, just above the $320 million outlined in the budget.

Conservatives on the committee noted ongoing concerns with unemployed new mothers who, after being caught by the social safety net, don't have enough hours to qualify for maternity and parental leave benefits. The party urged the government to quickly close the loophole.

“It is a national shame that these women, despite paying into the EI system for years, are now ineligible for maternity benefits and forced to cut short precious time with their newborns to return to work so they can provide for their growing families,” reads the Opposition's dissenting report.

The committee also suggested federal officials look at how to make it easier for new parents on EI-funded leave to work without jeopardizing their federal benefits, known as “working-while-on-claim.”

A new study from the Institute for Research on Public Policy finds that EI claimants who worked while on claim were more likely to take up part-time work or to work more hours, which improved their job prospects.

With about half of EI claimants making use of the provisions, the study's authors make a similar recommendation to the committee, but add that the earnings limit rises during economic downturns when part-time jobs tend to be more plentiful and accessible.

Many of the committee's recommendations also match calls from Unifor, the nation's largest private-sector union, including ensuring migrant workers can qualify for benefits and improving retraining options.

“We have no time to waste,” said Unifor national president Jerry Dias in a statement accompanying the release of his union's EI recommendations.

“Decades of cuts have left Canada's workers vulnerable to employer exploitation and reliant on a program that leaves far too many out.”

This report by The Canadian Press was first published June 17, 2021.