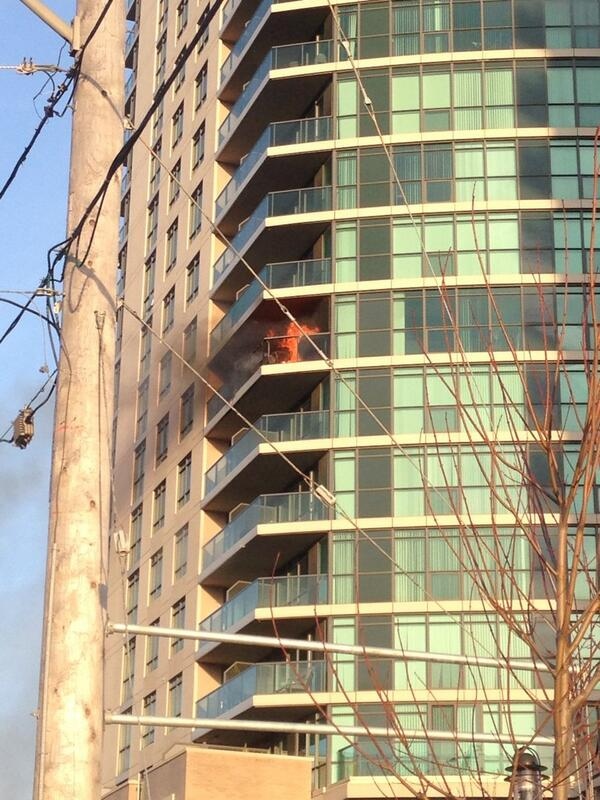 Flames are seen on a ninth floor balcony of a condo near Evans Line and the West Mall. (@Kendra_Fisher30/Twitter)

Residents of an Etobicoke condominium were startled out of bed Thursday morning and forced to leave their apartments after a fire broke out on a ninth floor balcony.

Fire crews responded to the building on Sherway Gardens Road after receiving a 911 call at 7:06 a.m.

"Not the best start to the morning," the tweet said.

A former Team Canada inline goaltender spotted the condo fire and also tweeted a photo of the scene. Bright orange flames were clearly visible in the photo and police say heavy smoke was also reported in the hallway.

“Hope everyone is safe!” Kendra Fisher said in the tweet.

Toronto Fire Services told CP24 the two-alarm blaze was quickly put under control though a firefighter on the scene did suffer a hand injury in the process.