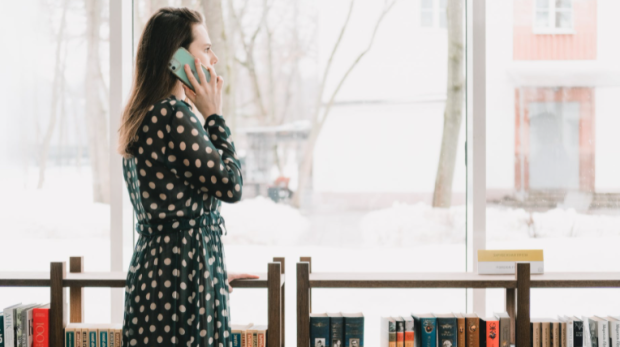 CALGARY -- Almost three dozen people survived overdoses because of a Canada-wide phone line that connects callers who use drugs with emergency support if there is a suspected overdose.

Looking back on a year in service, data from the National Overdose Response Service, or NORS, shows all 33 potentially life-threatening events were successfully responded to.

The national phone line connects callers using a potentially deadly substance to volunteers who check in periodically and alert 911 if there is no response.

Callers can also provide contact information in advance for someone nearby with a naloxone kit -- a potentially life-saving option in remote areas with long emergency response times.

"If they were using alone without any support, they definitely would have lost their lives," said Dr. Monty Ghosh, an Alberta-based addictions physician.

Ghosh, in collaboration with Brave Technology Co-op and Grenfell Ministries, started NORS in December 2020. To date, no clients have died while using the service, says NORS.

"We're so saturated in death and what I call 'gore stats' that it's a relief to be able to say someone used our service and they continue to breathe," said chief operating officer Oona Krieg of Brave.

The organization uses technology to keep people who use drugs safe. It is based in British Columbia and Columbus, Ohio.

Data from the federal government shows more than 3,500 people died from opioid overdoses in the first six months of last year. It's expected 2021 will be the deadliest year since Canada began collecting figures in 2016.

Krieg said the line's main success has been creating connection in a time of isolation that has been intensified by the COVID-19 pandemic.

"We know that substance use is riddled with disconnection and dislocation from communities themselves," added Kim Ritchie, executive director of Grenfell, an organization that runs peer support and outreach groups in Hamilton.

The national line is one of many solutions to try to curb drug overdoses, Krieg said. Brave also runs a mobile application that connects people who use drugs with community members ready to detect and respond to an overdose.

There are similar apps in B.C. and Alberta.

"We don't care what service you use ... we just want you to survive," said Krieg. "We need people to feel like they have options."

NORS has grown to more than 100 volunteers and staff from about 20 at its start. Most have had or still have experience with drug use or are front-line workers.

Ritchie said the line being peer-led has been crucial to building trust with clients and is why there are so many repeat callers.

"We're not here to try to fix you," said Ritchie. "For myself, as a former substance user, peer and social worker, all I can say is people have loved using their drugs for a really, really long time and they're not going to stop any time soon.

She said the national line might seem radical to some, but it's another valuable tool to prevent more deaths.

Data provided to The Canadian Press shows there were 1,522 supervised drug-use calls to NORS between Dec. 15, 2020, and Oct. 31, 2021. Another 587 calls were from people requesting crisis, mental health and methamphetamine psychosis support.

Ritchie said while the data is important, it can't convey how life-changing the service has been for everyone involved, especially those whose lives have been saved.

Opioids were the most common drug used by people who called NORS, followed by methamphetamine and cocaine. Just over 55 per cent injected substances, while others smoked or inhaled drugs.

Ghosh said most supervised consumption sites in Canada only allow injection, making NORS a valuable resource for those who administer drugs other ways.

Most calls came from Ontario and Quebec and uptake was overwhelmingly from people in urban centres. NORS says it's looking at ways to extend its reach.

This report by The Canadian Press was first published Jan. 8, 2022.