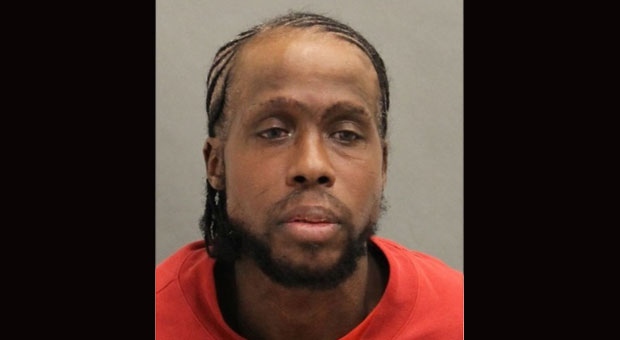 Police are trying to track down a suspect they say stabbed another man in the chest near the city’s Moss Park neighbourhood earlier this week.

According to police, the incident occurred near Dundas Street East and Sherbourne Street on Tuesday.

Investigators say two men were involved in a verbal argument when one man stabbed the other in the chest with a knife and fled the area.

The victim was taken to hospital with serious injuries.

The suspect was subsequently identified by police as 42-year-old Donovan Wynn, of Toronto.

He is wanted for attempted murder, assault with a weapon, and possession of a weapon for a dangerous purpose.

Wynn has been described as five-foot-ten, 170 pounds, and has a medium build and brown eyes.

Police say the suspect is considered “armed, violent, and dangerous” and should not be approached if spotted.

Anyone who sees Wynn is asked to contact 911 immediately, police say.