Couche-Tard seeks biggest deal in its history with C$7.7B bid for Australian firm 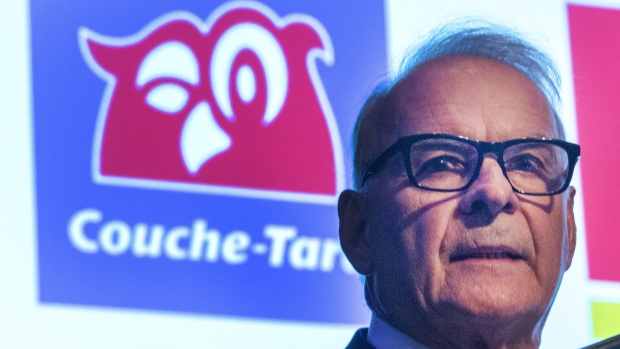 Alimentation Couche-Tard Inc. is proposing the largest acquisition in the company's history with a $7.7 billion deal for Australia's largest retail fuel and convenience chain.

The unsolicited purchase offer for Sydney-based Caltex Australia Ltd. - its second this year - would allow the Quebec-based retailer to expand beyond North America and Europe as it aims to double the company's size.

“Alimentation Couche-Tard' management team has been looking into the Asia-Pacific region for several years as a potential market for our continued growth and we see many opportunities,” he said in a news release.

“With Caltex, we see a potential opportunity to leverage our leading global position in the convenience retail market, and we would seek to bring all our operating expertise to bear to help support and grow the Caltex business.”

The proposal for AU$34.50 per share is for the redemption of all Caltex shares outstanding. Couche-Tard already owns about two per cent of Caltex shares.

This is an unsolicited, non-binding, conditional and confidential offer, Caltex said in a statement released Tuesday morning local time.

The proposal also includes the payment of certain dividends to shareholders at the time of the eventual takeover.

Caltex says Couche-Tard's previous offer in October at AU$32 per share was rejected for being value too low.

Keith Howlett of Desjardins Capital Markets says the offer has likely come to light because Caltex recently announced that it was planning to spin off a 49 per cent interest in 250 retail sites into a REIT. In addition, Caltex shares have performed poorly and the current CEO has announced his plan to retire.

“Given the complexity of the transaction, including the divestiture of non-retail assets, we conclude that Couche-Tard management foresees significant upside to the retail fuel and convenience business in Australia,” he said in a report.

The potential acquisition would be consistent with Couche-Tard's five-year plan to double its size, added Irene Nattel of RBC Capital Markets.

“Based on conversations with management, Australian c-store networks are compelling due to a well-developed fuels industry, while generally undermanaged inside store operations provide meaningful opportunity to surface incremental value,” she wrote in a report.

The offer is subject to audit and approval, as well as a vote of the boards of directors of both companies involved.

Couche-Tard's convenience store network includes nearly 9,800 stores throughout North America and 2,700 in Europe. It employs almost 133,000 people and has licensing agreements for about 2,250 stores operated under the Circle K banner in 16 other countries and territories.

This report by The Canadian Press was first published Nov. 26, 2019.

Companies in this story: (TSX:ATD.B)