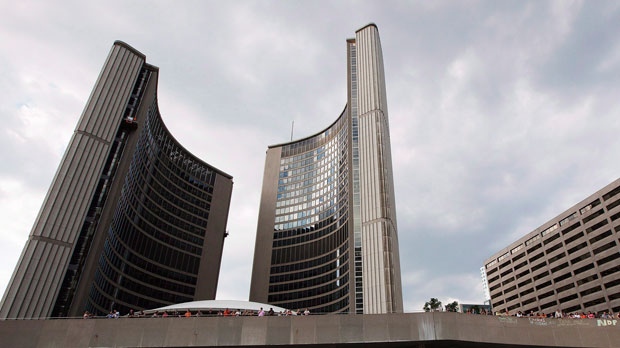 A largely symbolic motion to reaffirm Toronto’s status as a sanctuary city is expected to receive widespread support at city council today.

Mayor Tory unveiled the motion during a press conference on Tuesday afternoon, noting that he feels a “moral obligation to speak out now” in the wake of President Donald Trump’s decision to ban passport holders from seven primarily Muslim countries from entering the U.S. for a period of 90 days and to halt the acceptance of refugees from Syria for an indefinite period of time.

“We are here to recommit our city as a place of inclusion and acceptance, where people are welcomed and valued and where their fundamental rights are respected and enshrined,” Tory said. “In Canada we are almost all immigrants and no one should be mistreated or excluded on the basis of their ethnicity.”

As a sanctuary city, Toronto provides all undocumented residents with full access to city services, regardless of their immigration status.

The motion that will be put forward today calls for the city to reaffirm its status as a sanctuary city and to direct city departments, agencies and corporations to review their policies to ensure they are consistent with the city’s commitment as a sanctuary city.

The motion also calls for the city to write a letter to the federal government expressing its support for a refugee and immigration program based on the “values of inclusion, acceptance and non-discrimination.”

“I haven’t seen a period of time quite like this and thank God it isn’t being contributed to by anything happening in this city and country,” Tory said. “That’s why we are here today, though. Whatever is going on elsewhere we have a limited degree of control over but we can stand up and say this city and this country will not go down that road because we have had success going quite a different path.”

Flanked by nearly 20 city councillors, Tory said that he is proud that Torontonians have opened their arms to Syrian refugees and wants to send a clear message that the city “rejects all division, intolerance and hate.”

Toronto has been a sanctuary city since 2014.

“We have benefited from and will continue to benefit from ideas and approaches and experiences that newcomers have brought,” Tory said.