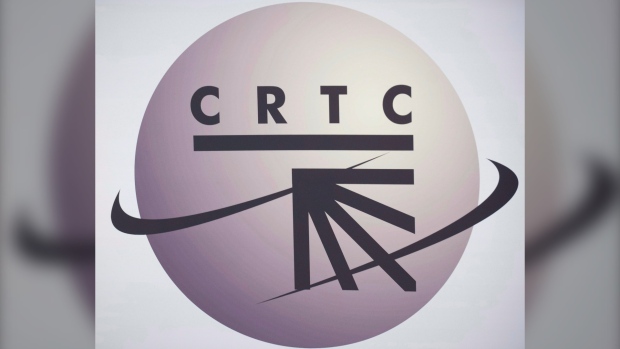 A CRTC logo is shown in Montreal, Monday, Sept. 10, 2012. THE CANADIAN PRESS/Graham Hughes

TORONTO - The Federal Court of Appeal dismissed appeals by some of Canada's largest telephone and cable companies Thursday, handing an interim victory to the country's independent internet providers.

The court also ordered the network owners including Bell, Rogers and others to pay costs of the appeal to TekSavvy Solutions Inc., which is the largest of Canada's independent ISPs, and an industry association.

“This is a massive win for Canadians,” said Matt Stein, chair of the Canadian Network Operators Consortium and CEO of Distributel, one of about 30 CNOC members.

He said that the court's decision ends a “pivotal chapter” in a fight that challenged “Canada's longstanding practice of appropriate oversight to ensure fair pricing and competition.:”

The court's 3-0 ruling concluded by saying the award of costs to TekSavvy and CNOC reflects the fact that the appellants were not successful in convincing the three judges on any of the issues they raised.

There were several appeals before the court, including one filed by Bell Canada on behalf of BCE, and another for most of Canada's largest cable operators, including Rogers, Shaw, Quebecor's Videotron and Cogeco.

But the Federal Court of Appeal is only one way in which the big network owners have been fighting to prevent the CRTC from reducing the wholesale rates they charge to independent internet providers, which compete for some of the same customers.

The CRTC is also reviewing its own decision, as part of the regulatory process, and the federal government has indicated it could step in at some point if it thinks the arms-length regulator doesn't strike the right balance.

Coincidentally, BCE's chief financial officer told an industry conference Thursday that sentiment seems to have shifted in favour of telecommunications network builders since the pandemic

In response to questions in an interview-style session with a Bank of America analyst, BCE chief financial officer Glen LeBlanc said benefit of having strong, reliable wireless and internet networks was recognized during the COVID-19 pandemic.

He pointed to a federal government statement on Aug. 15, issued on the one-year anniversary of the CRTC's wholesale prices decision, that suggested some errors in its process could undermine investments in Canada's communications networks, particularly in rural and remote areas.

“On the basis of its review, the (cabinet) considers that the (August 2019) rates do not, in all instances, appropriately balance the policy objectives of the wholesale services framework and is concerned that these rates may undermine investment in high-quality networks, particularly in rural and remote areas,” Industry Minister Navdeep Bains said.

Bains said it was unnecessary to refer the decision back to the CRTC for reconsideration “at this time,” but said that the government will continue to monitor the CRTC proceedings to ensure it establishes the “right incentives”' for both investment and competitive choice.

Canada's small and mid-sized ISPs collectively serve about one million households using infrastructure they either own or rent. Although they have only about one-tenth of the market share, they argue that they provide an important alternative to the bigger carriers.

However, the independent ISPs depend on connecting their equipment to networks built and owned by the “facilities based” carriers.

The main message of the facilities-based carriers is that the CRTC's proposed wholesale rates, which haven't been put into effect because of the court appeal, were so low they didn't cover the cost of providing the services purchased by their wholesale customers.

The independent ISPs argued the interim wholesale prices they've been paying since 2016 have always been excessively high and they'll be able to lower retail rates if the CRTC's decision is put in place.

The CRTC ordered the facilities-based carriers to cut their wholesale capacity rates by up to 43 per cent and chop their access rates up to 77 per cent.

A statement by VMedia Inc., a Toronto-based CNOC member, says that the appeal court's decision appears to show the cabinet's statement last month was “without foundation.”

It also said the threat of reduced investments in network infrastructure is a “staple in all rate-setting hearings” but they've not been borne out in previous decisions that went against the network owners-operators.

This is a corrected story. An earlier version included Telus, which wasn't part of the appeal.