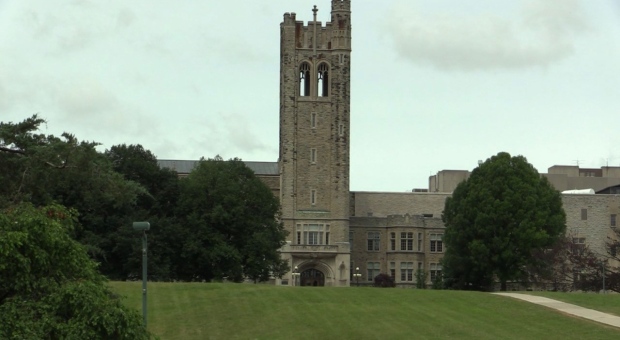 LONDON, Ont. - More than two dozen students at Western University have tested positive for COVID-19, prompting the school to shut down many non-academic activities.

The school in London, Ont., said most of the 28 students who received positive tests live off-campus, though one is in isolation in residence.

“These numbers are very concerning,” university President Alan Shepard said in a release. “Creating community is one of Western's strengths, and we know our students desperately want to have some on-campus experiences. But, unfortunately, this development means we will be limiting those experiences.”

The news comes just days after Western students flooded a testing site upon receiving word that five students had tested positive. The centre reached its capacity within two hours of opening on Monday.

“We've seen some clusters of cases and individuals who in their ... first number of days back at the campus would seem to have let down their guard a bit and have had some events and activities,” he said.

Western, like Queen's University in Kingston, Ont., is also warning it will crack down on those who put the health of others at risk.

Among new measures, Western has suspended athletics and recreation, as well as in-person club meetings and events.

Access to libraries and several other buildings is also restricted.

On-campus classes continue, with about 25 per cent of courses having an in-person component. Residences are also still open.

This report by The Canadian Press was first published on Sept. 17, 2020.

These are cases associated with the Western Student Outbreak Alpha. Episode date is the date of the onset of symptoms or date of specimen collection, whichever is earliest. (Courtesy: Western University Health Unit)